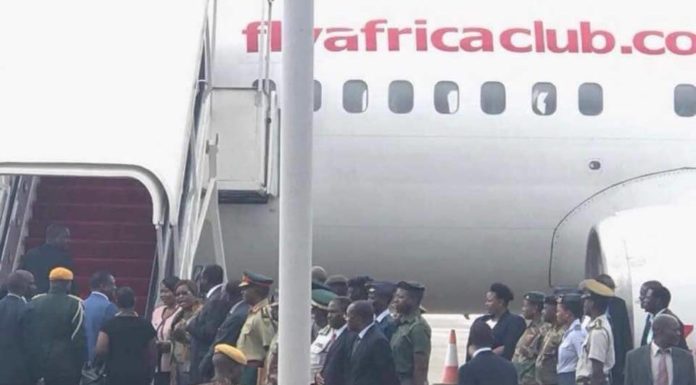 Unlike his predecessor who used to fly in a special business class chartered Air Zimbabwe jet on every trip, Mnangagwa flew to South Africa on his first international trip in a scheduled low cost Fly Africa Club jet which only has economy class.

The president travelled with a delegation of about ten people in the plane which costs about $200 return ticket from Harare to Johannesburg.

The President shocked a lot of travellers at the Robert Mugabe International Airport when he checked in for the flight together with ordinary passengers.