. . the Arab proverb says, is my friend. 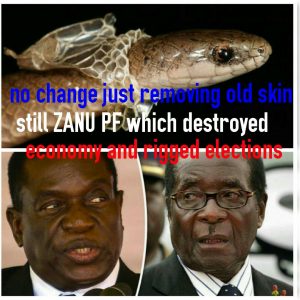 Maybe that is why the Middle East is in such a mess. Look at Syria: Assad’s government are opposed by: the Arab democratic parties, the Kurds, Hezbollah and other militants with Palestinian connections, and ISIS.

But that is only the start: the Russians back Assad, so the Americans back “the opposition” (but not Hezbollah or ISIS), Hezbollah are backed by Iran, and ISIS are against everyone else but they are armed by the Saudis. Turkey, Iraq, Syria and Iran are all afraid of their Kurdish minorities so, for example, the Turks bomb both Assad’s strongholds and the Kurds.

That just shows how tangled these situations can get. Ours is a bit of a tangle, but simpler than that.

Most of us seem to agree that not being Mugabe is not a sufficient qualification for a president of Zimbabwe. We want to see a different way of doing politics, one that respects us. Some of us have been struggling for that for more than fifty years. We want to see action from the military junta, but what have we seen so far?

A few enemies of the junta are being prosecuted for corruption, but some of the most notoriously corrupt of the ZANU old guard are still holding high positions. Some of those changed rather late whose boots they lick.

For the rest, we have only words. They say we need foreign investment, but is that good just because Mugabe rejected it?

They say they want to be friends with the West and will make reparations for taking land from white farmers, but have the West and the white farmers suddenly become angels just because Mugabe called them devils?

My quarrel with Mugabe wasn’t with his choice of enemies, but the crazy self-destructive way he set about fighting them. He seemed ready to cut off his nose to spite his face. And he was even readier to cut off our arms and hands, though he wouldn’t get blood on his own hands; he had Mnangagwa to do his dirty work for him.

Foreign investors invest for one reason; they want to make a profit, so they invest where they can make the biggest profit. They are powerful, so when Mugabe insisted on 51% control of all firms and we all knew he would ignore the other 49%, the investors had ways of striking back. A 50:50 sharing, as Botswana have with De Beers, doesn’t provoke that kind of reaction; it does mean nothing can be done unless the two sides agree, but you need to be clever, constantly vigilant and work very hard not to be outsmarted by the devil you sup with. You can see why our crowd don’t try it, so they are left with two choices: continue Mugabe’s ranting and hate speech, or learn to like the taste of boot polish.

Of course we needed to redistribute our land. The white farmers who remained in 2000 were treated roughly, but they were no more altruistic than the guys who invested in gold mines. Farm workers were treated worse than their employers. This really calls for another article.

The president says he supports free elections, but that is this week. A year or two ago he was saying “the opposition don’t deserve to live. If I was God, I would deny them oxygen” which is a lot stronger than denying them food when they are starving. Chiwenga says he won’t talk to Tsvangirai, so what if Morgan wins a free election? Can they make up their minds what they mean?

My guess is they are beginning to see they are facing a dead end, but they might try to fight their way out of it. I see hope in the near future, but the way there will still probably be rough.

We can only wait and see.