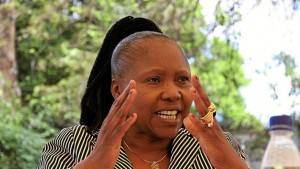 Mnangagwa has flown to South Africa for a series of meetings.

The announcement was made by the President’s office Thursday morning as Mnangagwa flew to Pretoria. CLICK HERE TO READ MORE ON THE SA TRIP.

The development sparked whispers that Muchinguri could be appointed Vice President since Presidential advisor Chris Mutsvangwa has before sounded out that she is the most senior person in ZANU PF next to Mnangagwa. But other analysts declare that it is instead Gen Constantino Chiwenga who will eventually be given the post.