MDC-T legislator for Bulawayo East Constituency Thabitha Khumalo has dismissed public statements from the Welshman Ncube led MDC that David Coltart has been given an unchallenged opportunity to contest next year’s general elections in the constituency for the MDC Alliance coalition. 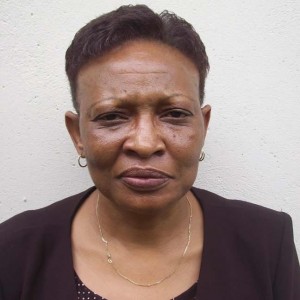 In an interview, Khumalo says that she is not aware of the arrangement as her party’s National Council and National Executive have not set to deliberate on the allocation of constituencies to coalition partners.

The Welshman Ncube led MDC through Secretary General Miriam Mushayi this week circulated a notice inviting party members to send applications to stand as candidates in supposedly 31 of the 32 constituencies seconded to the party in the MDC Alliance coalition.

The notice declared that Bulawayo East Constituency was not available for consideration as it has been confirmed reserved for Senator Coltart. Reasons for reserving the seat to Coltart unchallenged were not given.

In her statement Thabitha Khumalo says that she is not in a position to comment on matters arising within the Ncube led MDC but can only speak on behalf of the MDC-T.

“I don’t know where the MDC is getting that information and I can not comment on it but can only say that as Deputy Speaker of the Morgan Tsvangirai led MDC we have not met nor made any declarations on the allocation of seats,” she said.

A top Ncube led MDC official who spoke to ZimEye.com on condition of anonymity said that Thabitha Khumalo is “being unreasonable” as she volunteered the seat to Coltart.

“I don’t believe this,” said the official.

“Thabitha is just being unreasonable, she volunteered the seat to Coltart without invitation to do so and its confusing how she now claims not to be aware of the arrangement,” said the official.

According to the official the Bulawayo East Constituency was set to be for the MDC-T in the arrangement but had to be swapped with Bulilima East to give Coltart the seat after Thabitha Khumalo volunteered the seat.