Over possessing 30 tonnes of maize 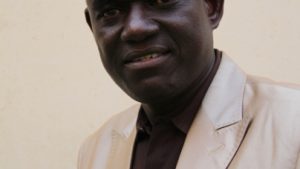 A suspected G40 faction Member of Parliament Masango Matambanadzo was yesterday arrested on charges yet to be explained.

The Kwekwe Central MP was arrested over yet to be explained charges of possessing 30 tonnes of maize meal.

Police took the maize meal to Amaveni Police Station and were investigating the source and how he got the mealie-meal.

She however did not give details on the matter asking to be telephoned later after-which she became unreachable.

The development led to speculation that the man is being hunted down by political enemies.

Sources quoted by the state media and said to be close to the investigations reportedly said about six armed police officers stormed Matambanadzo’s Amaveni house on Wednesday evening before they searched the house. “They searched the house and found 30 tonnes of maize meal, which they then took to the police station together with him,” said the source.

The sources said other allegations against Matambanadzo bordered around some bloody clashes between illegal gold panners that used to rock Kwekwe City.

The sources said the legislator is accused of sponsoring the clashes.

“You know there used to be bloody clashes between illegal panners’ rival groups here and Matambanadzo is said to be one of the main sponsors of those terror groups.

“He also planted some thugs at Kwekwe Long Distance Bus Terminus who used to collect money from Kombi crews and police are also trying to prefer a charge around that,” said the source.