GOVERNMENT has, with immediate effect, directed banks not to levy 5 percent tax on all transactions below $10 as a way of promoting financial inclusion. This comes as Government moves to provide safety nets to cushion vulnerable people and allow them to transact freely. Banks heeded Government’s call to remove the $0, 05 tax on transactions below $10. 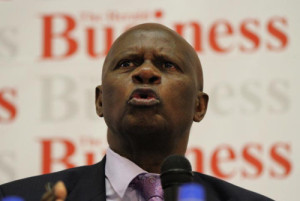 Steward Bank CEO, Dr Lance Mambondiani, told the state media that the removal of the 5 cents tax will go a long way in promoting financial inclusion. “For a long time, we have been in negotiations with the Government to scrap that 5 cents tax for any amount less than $10 and finally the authorities had paid heed to our appeals. This will certainly make waves in promoting financial inclusion as banking products are becoming more and cheaper to our people.

“This may be the other way of encouraging the unbanked public to start banking as this beat all mobile payments platforms, which charge a certain fee for every transaction made. As time goes on, this will make those who do not want bank accounts to have one.”

Meanwhile, the Reserve Bank of Zimbabwe (RBZ) has since slashed bank cash withdrawal charges following an outcry from members of the public. The new charges were put at 1 percent of an amount withdrawn at an Automated Teller Machine (ATM) and 1.25 percent for withdrawals over the counter.

Against this background and as part of ongoing efforts to promote financial inclusion and to ensure that banking products and services are affordable to the banking public, RBZ reviewed cash withdrawal charges downwards. RBZ continued to monitor the cost of bank charges to ensure access to affordable banking services and at the same time promoting the use of plastic money.-state media