Mr Jason  Machaya, who is the former Minister of State for Midlands Provincial Affairs and Senator for Gokwe, was yesterday granted $1 000 bail by a Gweru magistrate, enjoying freedom for the first time since Christmas Eve. 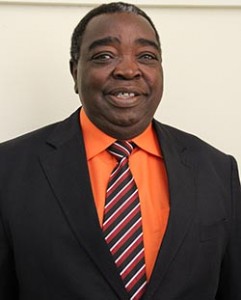 Machaya is facing charges of criminal abuse of office. Last week, Machaya was granted bail by the High Court for a case in which he is being accused of doling out council land to private property developers, but he was immediately arrested on fresh charges.

Machaya has been under police guard in hospital after falling sick while on remand at WhaWha Prison. Machaya spent last Friday in detention at Mtapa Police Station before he was arraigned before Gweru magistrate Ms Mildred Matuvi on Saturday, who remanded him in custody to yesterday.

The former Midlands top civil servant, who is represented by Ambrose Dururu of Dururu and Associates Legal Practitioners, heaved a sigh of relief when Ms Matuvi granted him bail before a packed court. As part of his bail conditions, Machaya was asked to report twice at Kwekwe Central Police Station and remain at his given Sherwood Farm address.

He was ordered not to visit his former workplace at Gweru Government Complex. The State’s case against Machaya is that as a public officer and in a manner inconsistent with his duties, he intentionally allocated State land totalling 17 799 stands to land developers in Gweru while he did not have the function and any lawful responsibility to do so. The court heard that the function was solely the lawful responsibility of the Ministry of Local Government, Public Works and National Housing. – state media