The Government has put in place various measures to ensure that the Zimbabwe Republic Police continue to improve its operations and professionalism as part of cleaning the organisation’s image. 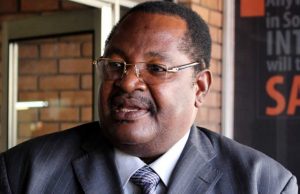 In an interview yesterday, Home Affairs and Culture Minister Dr Obert Mpofu said already the reduction of roadblocks on the country’s highways has seen positive reviews especially from tourists who are now enjoying hassle-free travel.

The number of police roadblocks on the country’s roads had previously been viewed as one of the major factors that tourists had complained about in Zimbabwe .

“There has been a national outcry over the number of police roadblocks on the country’s roads. Therefore, as part of the Government’s 100-day plan, we are working on swiftly improving the image of our country. We want to ensure that tourists are never again subjected to harassment from any Government departments, in particular the police force. I have also since directed all institutions within the ministry to professionally interface with tourists,” said Dr Mpofu.
He said there were already some positive reviews from tourists who are excited by the new arrangement on Zimbabwe’s roads.

“There is quite some excitement about Zimbabwe. Many tourists have been positively complimenting and recommending Zimbabwe as a destination. I may not have the figures off my head but I will assure you that they are good,” he said.

“The Government is working with various communities throughout the country on tourism projects and enterprises in order to achieve sustainable socio-economic growth, employment creation and poverty reduction.”

Before the new Government dispensation, players in the tourism sector had over the years complained about the harassment that tourists were subjected to by police on the country’s roads. This was cited as one of the major factors that was affecting tourists movement and arrivals in the country.

Locals had also complained of numerous roadblocks, some in the city centre and robots, with the police insisting on spot fines for any offence detected. – state media