MDC leader Prof Welshman Ncube says the coalition of opposition parties, MDC Alliance is ready for the elections and called on Zimbabwe Electoral Commission (Zec) to deliver a free and fair election. 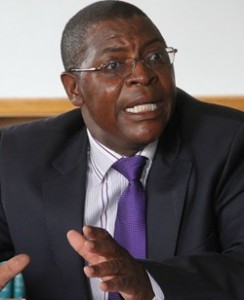 Prof Ncube’s statement comes after President Emmerson Mnangagwa on Wednesday announced the country will be going for elections in the next four to five months.

Prof Ncube said the opposition parties already knew the date of the elections from the day former President Mugabe was sworn in for his seventh term in 2013.

“His swearing ceremony told us when the election will be held in 2018. And we have been planning for an election on the date which is fixed by the Constitution.”

“It is Zec that must ensure that all the logistics of an election are put in place for it to be held in terms of the Constitution. The question you should be asking is, is Zec ready to conduct a properly free and fair election transparent election.”

The MDC Alliance held its first meeting in Epworth on Sunday, kick starting the first election campaign without Mugabe since 1980.

‘Massive support for MDC alliance in Epworth as we launch a nationwide tour including into the rural areas.Snippets of e New Zimbabwe blueprint revealed.The jobs plan & economic revolution ,Governance, devolution, dealing with corruption key for turning Zim into a jewel,’ said Nelson Chamisa on his twitter page while at the venue.