Zanu-PF is throwing a party for Vice President Kembo Mohadi on Saturday. 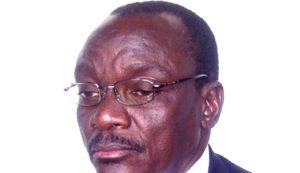 The party’s Matebeleland South Province will party at Joshua Mqabuko Nkomo Polytechnic in Gwanda District to celebrate his appointment as one of President Emmerson Mnangagwa’s deputies.

Zanu-PF Matabeleland South provincial chairman Rabelani Choeni was quoted by the state media saying preparations for the celebrations were at an advanced stage He said, “as a province we saw it befitting to hold a celebratory party to congratulate VP Mohadi on his appointment as Vice President.

“The celebrations will be held on Saturday at JM Polytechnic College in Gwanda and we urge everyone to attend from party members, non party members, community leaders, traditional leaders among others.

“This event might be organised by the party but VP Mohadi is here to serve the entire nation and therefore all citizens must feel obliged to attend. We are appealing to other provinces especially those close by to attend this iconic event.”