The national broadcaster ZBC has been criticized for its biased and partisan coverage of political party events, after the broadcaster ignored an invitation by MDC T party to cover the MDC Alliance Rally in Mutare.

Morgan Tsvangirai’s MDC party had invited ZBC to cover the MDC Alliance rally held at the weekend, but the national broadcaster turned a blind eye and instead covered a Zanu PF meeting in Bikita addressed by the party’s National Political Commissar, Retired Lieutenant General Engelbert Rugeje.

There has been public outcry over state media continued preferential coverage of Zanu PF functions in complete disregard of the country’s constitutional requirements for state-owned media to have editorial independence, be impartial and to air dissenting opinions .

Commenting on ZBC’s conduct, David Coltart said, “I wonder when the international community will speak out & say they cannot recognise a election in which section 61(4) of the Constitution is so flagrantly violated? @UKinZimbabwe @euinzim The #Zim Government needs to hear this clearly from the countries they are trying to woo.” 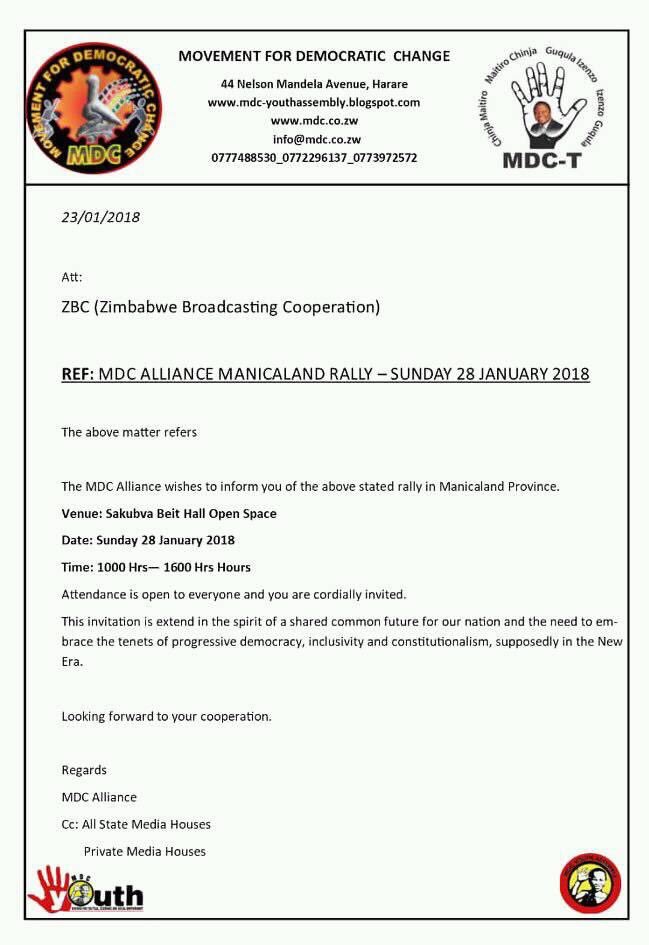