The Zimbabwe Electoral Commission (ZEC) said it had extended the Biometric Voter Registration blitz  to ensure that all political parties have their supporters register to vote in this year’s elections. 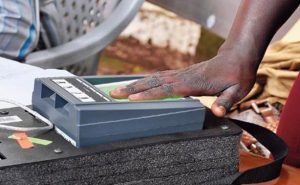 The BVR blitz has been extended for another one month from 10 January.

ZEC acting chairperson Emmanuel Magade told ZimEye.com in Harare on Monday that the country’s election body wanted to ensure that  no political party complaints  about its supporters being left out of the voter registration process.

Commissioner Magade said he wished to preside over an undisputed election where losers would shake hands with the victors as opposed to all the previous polls whose outcome would be highly contested.