Adolescent girls are being put at risk of harmful consequences, including dying in childbirth, in Zimbabwe because inconsistent laws make it harder for them to access sexual and reproductive health information and services, Amnesty International warned in a new report today. 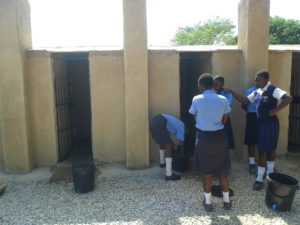 The report, Lost without knowledge: Barriers to sexual and reproductive health information in Zimbabwe, documents how widespread confusion around the legal age of consent for sex, marriage and accessing health services is leaving adolescent girls more vulnerable to unwanted pregnancies and at higher risk of HIV infection. As a result, girls face stigma and discrimination, the risk of child marriage, economic hardship and challenges in completing their education.

“The reality is that many adolescents are sexually active before they are 18 and the government must act to ensure that they can access the services and advice they need to help safeguard their health and their futures,” said Deprose Muchena, Amnesty International’s Regional Director for Southern Africa.

“While age of consent provisions may be intended to protect against sexual abuse and child marriage, it is unacceptable that they be used to deny adolescents their rights to sexual and reproductive health information and services.”

The report found that entrenched taboos around adolescent sexuality, and a lack of affordable healthcare, are also making it harder for adolescents to access the information and services they need. According to demographic health data for Zimbabwe, nearly 40% of girls and 24% of boys are sexually active before they reach the age of 18.

A series of inconsistencies in the country’s legislative and policy framework related to sexual and reproductive health has contributed to significant confusion over whether people below the age of 18 need parental consent to access sexual health services.

Under Zimbabwean law, the age of consent for sexual intercourse is 16. However, the government’s delay in raising the legal age of marriage to 18, in line with the constitution, has fueled confusion in a context of entrenched taboos surrounding pre-marital sex.

The report highlights the widespread misperception that only girls who are already pregnant or married can access contraception and HIV services. Amnesty International found limited guidance within related health polices to assist health care providers in determining whether or not an adolescent below the age of 16 is eligible for a particular sexual or reproductive health service.

Amnesty International also found deeply concerning knowledge gaps among adolescent girls the organization interviewed on how to protect themselves from unintended pregnancies and sexually transmitted infections, including HIV.

Adolescent girls said they had been barred from clinics and shamed when trying to access services because of their age.

One of them told Amnesty International that: “[you] can’t go to the clinic if you are under 16; they will chase you away and insult you.”

Others thought they had to be 18 to access health services.

Another girl similarly explained to the organization that because of her age she had never visited a health clinic before she became pregnant at age 17. She said: “I knew that I was too young.”

Amnesty International also urges the Zimbabwean government to do more to challenge taboos around adolescent sexuality, including sex before marriage, which form another barrier for adolescents trying to access the information and services they need to protect their health and lives. These taboos – coupled with the government’s failure to provide comprehensive sexuality education in schools – also serve to perpetuate gender discrimination.

“Zimbabwean authorities must create a conducive environment for adolescent girls to realise and claim their sexual and reproductive rights. Adolescents have a right to comprehensive sexuality education, which should go beyond abstinence-only approaches and challenge gender stereotypes,” said Deprose Muchena.

“Our research shows that harmful gender stereotypes mean girls face especially severe consequences if they become pregnant, including forced marriages and the end of their educational aspirations.”

The report also highlights the high costs associated with sexual and reproductive health services. Despite the government’s commitment to providing access to contraception and free maternal healthcare, fees are often charged to compensate for funding shortfalls. Amnesty International found that in many cases such fees disproportionally disadvantaged pregnant adolescents, resulting in delayed access to maternal health services or young people not receiving care at all.

The report is based on group discussions and interviews with 120 participants, including 50 adolescent girls, from the provinces of Harare, Manicaland, Mashonaland East and Masvingo between February and May 2017.

Studies show that rates of adolescent pregnancy and HIV are increasing, coinciding with declining levels of knowledge related to sexual and reproductive health. Adolescent pregnancy is a major factor behind Zimbabwe’s high rates of child marriage and maternal mortality. In 2016, 21% of maternal deaths occurred among girls between the ages of 15 and 19.