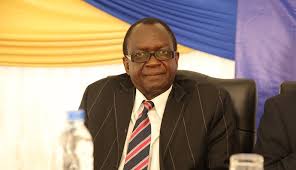 Top lawyer Mr Aston Musunga of Musunga & Associates is embroiled in a messy divorce with his wife of 29 years, amid allegations that he sired several children with different women out of wedlock. Mrs Crescence Musunga (nee Mapfumo) said she was now fed up with Mr Musunga, whom she described as a “serial polygamist” despite being in a monogamous marriage. The couple, according to the court papers, had been living separately for the past 14 years.

Mrs Musunga this week filed for divorce at the High Court citing infidelity as the major reason for the marriage break-up. “The defendant has repeatedly and openly committed adultery with other women during the subsistence of the marriage,” reads part of the plaintiff’s declaration. Defendant has sired numerous children with other women. He has neglected to maintain the plaintiff and her children. Defendant is a serial polygamist.”
The parties, according to Mrs Musunga, have lost love and affection for each other and the marriage had irretrievably broken down. Mr Musunga stands accused of neglecting his family and treating his wife cruelly.

Mrs Musunga, who is a nurse, stated in the papers that their three children were all adults and that she did not wish to be maintained by Mr Musunga after the divorce. During the subsistence of the marriage, Mrs Musunga said, the couple acquired various immovable properties including: stand 2469 Greystone Park, Glen Lorne, Harare, stand 386 Bluffhill, Harare, Lot 2 of Lot 443 Highlands Estate of Lot 22 of Greendale, Remainder of Lot 1 of James Farm called Ruwa Plot, Mvuma Sports Bar and stand and 229 Lower Road, Belvedere, United Kingdom.

Mrs Musunga wants the court to fairly distribute the properties acquired during the subsistence of the marriage. Mr Musunga is yet to respond to the summons. State Media