What is President Mugabe’s “legacy” if I may ask. It’s sad that we now have a government and an emerging opposition competing to propagate and protect the “legacy” of a man who has predominantly been a very big failure in the history of our country. President Mugabe’s single good thing in my opinion is being a liberation icon and sadly it stops there. 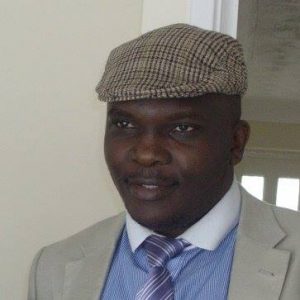 His track record in both government and governance is disappointing if we are to be polite but if the honest truth be said both his premiership and executive presidency of Zimbabwe are two regrettable phases in the history of our country that Zimbabwe would have done better by not entertaining. He has made one costly mistake after another; and the disunity in our country today is all because of his leadership.

Bouyed up by Emmerson Mnangagwa, Sydney Sekeramayi, Enos Nkala and others advent of his premiership of our country was the unleashing of Gukurahundi into Matabeleland and the Midlands where they killed friendly civilians who could not pledge allegiance to ZANU PF. In Mashonaland, Manicaland and Masvingo they started an operation that they Code-named “PEMU” in which the Charles Ndlovu(Webster Shamu)-led Youth Brigade and Special Constabulary targeted supporters of opposition parties such as PF-ZAPU, ZANU-Ndonga, UANC whose houses, businesses and livelihoods were detroyed. A lot of them lost their lives with even some schools targeting children of opposition members.

Fair enough we were just coming from a war but the consolidation argument cannot stand because it is outweighed by the vastness of the culture of abuse that went unmitigated and not only was it promoted at the top but it was allowed to become the single-predominant feature of our political culture.

During that time he labelled his war time ally and the real Father of the Nation Joshua Nkomo the father of dissidents. The one thing that pains me most is the persecution of Lookout Masuku, the ZIPRA Commander who never enjoyed the independence he fought so hard to bring and the complete isolation of Dzinashe Machingura whose crime was to dare to hold a different opinion from his. He embraced Ian Smith and Peter Walls while attacking ZAPU and the former ZIPRA commanders and combatants. For all their faults, Muzorewa, Sithole and Chikerema were still former nationalists who had played their part in the independence of Zimbabwe but his Premiership was premised on vilifying everyone but himself and his cheer-leaders with Emmerson Mnangagwa being the best cheer-boy.

President Muagbe’s Executive Presidency started with the hounding of Edgar Tekere out of ZANU PF, the forced carrot and stick policy on ZAPU and former ZIPRA members and the disappearance of Rashiwe Guzha. Then he forced ESAP on our country and disempowered our people by retrenching them from their jobs while creating no alternative to their employment. He ensured they became worse off than they were under Rhodesia. Industry after industry down-sized; factories closed, job after job was lost and the middle-class disappeared. Suddenly teachers, proud owners of their own houses during Rhodesia, had to make do with being cottage-tenants or even squalor-dwellers.

Even liberation veterans, most of them who had sacrificed their own education for the good of the country, were abandoned and left to rot in the wilderness. When I had a tour of Mashonaland East in 1992 for a performance I was camped at Murewa Cultural Centre and the security detail was a war veteran. He was so bitter with the government of Mugabe and told me how he had forced one of the “shefus” to give him that job. Without a middle-class, without freedoms, with the liberation heroes struggling, without any prospects for a future in Zimbabwe our country’s independence was truly speaking just existing in name. I reflected on an interview I had listened to on Radio 2 in 1988 which featured Brenda Moyo and Thomas Mapfumo. When questioned what his achievements had been since independence Thomas Mapfumo had responded: “Haaa independence ingori kuvanhu vanodya mari dzacho vasina chavanacho havatomboziva kuti takasununguka: “Independence is for those who are making money the rest of us are yet to feel anything good about it”.

His Presidency and leadership was dominated by emotions.He failed to approach leadership with the decorum that such a post calls for. While he physically left the war his mindset remained embedded in the liberation struggles and its narratives. His presidency followed an ego that was massaged by people such as Emmerson Mnangagwa and others, who made him believe that it was only him who was capable of running Zimbabwe and he also had this wrong thinking that standing up to the West included closing his own people’s democratic space and denying them basic freedoms. He failed to rationalise and that is why while his rhetoric on land and black empowerment was very noble, his intention was not to make them pragmatic models for economic inclusiveness but punitive measures against rebellious whites who should have minded their own business by staying out of politics.

President Mugabe has a legacy of atrocities, failure, looting, closure of democratic spaces, destruction of our industries which, bouyed by Emmerson Mnangagwa and now clearly Joyce Mujuru, which should have stopped and disappeared with his presidency. His record in government is certainly not admirable, it is an obscene example of how not to run a country and in my opinion his legacy cannot be defended in public. The perpetuation of his mindset is one and the same thing as the perpetuation of our people’s suffering. No progressive leader can even think of copying anything from him. He is a failed case who even failed to see his own failure and wanted to hang on to power and create a dynasty which would have ensured that our country would not be doomed only during his tenure but would be doomed for as long as life itself existed. It is not surprising though that the talk of his legacy has become the cause for competition by two people who are at the very centre of propagating his misrule, Emmerson Mnangagwa his henchman of more than 50 years and Joice Mujuru, his cheer-lady for more than 37years. Otherwise no benefit can ever be derived by trying to hang on to the Mugabe years that the majority of Zimbabweans long wished away!