Heal Zimbabwe is gravely worried over the continued silence by Government over the missing of pro-democracy activist, Itai Dzamara. This is despite promises by Government to investigate and establish the whereabouts of Dzamara. 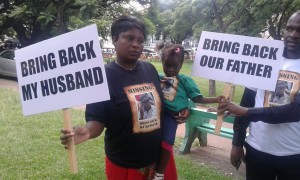 Heal Zimbabwe would have expected President Emmerson Mnangagwa’s Government to speed up investigations on the whereabouts of Dzamara but till today he remains unaccounted for since 9 March 2015 when he was abducted by five unidentified men while he was at a barber shop in the Glen View suburb of Harare. This is despite the fact that President Mnangagwa made a commitment at the Human Rights Council in Geneva in 2016 while he was still Vice President to launch a thorough investigation into his disappearance.

The fact that Dzamara continues missing and unaccounted for exposes Government’s insincerity in establishing his whereabouts. Dzamara just like any citizen deserves justice and the fact that he was abducted for democratically expressing his constitutional rights of petitioning and demonstrating is not only deplorable but inhumane. In addition, enforced abductions are illegal and are a violation of human rights freedoms and the Government’s constitutional mandate is to respect fundamental human rights and freedoms. To Heal Zimbabwe, enforced disappearance remain a serious violation of human rights and a crime. Section 53 of the Constitution provides for Freedom from torture or cruel, inhuman or degrading treatment or punishment. Such fundamental human rights and freedoms are to be enjoyed by every citizen without selective application.