The project was introduced to Latitude by Klaus Eckhof and Mark Gasson who will receive part of the share consideration. Both Eckhof and Gasson are also assisting the company to identify further project acquisition opportunities in southern and eastern Africa. 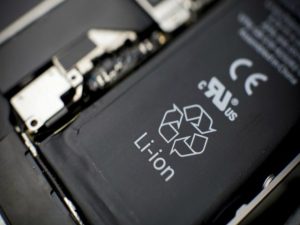 ASX-listed Latitude Consolidated has entered into a binding agreement to acquire a majority interest in the Mbeta lithium – tantalum project from Zimbabwean national Robert David Hutchings.

Eckhof will also be appointed as a non-executive director following the receipt of shareholder approval for the acquisition.

As part of the transaction, Latitude will complete a two-tranche share placement of which A$491 000 is upfront under the 15% capacity and A$2.95 million is subject to shareholder approval raising a total of A$3.45 million to sophisticated investors. DJ Carmichael Pty Limited is acting as lead manager for the placement.

The Mbeta project is located in southern Zimbabwe in an area approximately 40 km southwest of Gwanda, near Nyambe Hill.

The district has seen minor historical lithium and tantalum mining and the project area is considered under-explored, yet highly prospective, for lithium and associated elements.

Mbeta comprises 13 mineral claims with a combined area of 18 km2 and lies in gently-undulating, lightly cropped terrain with good access from Gwanda via tarmac and all-weather gravel roads.

Within the project area a lithium bearing pegmatite has been worked in shallow open pits extending over ~700 m strike in an SW-NE orientation.

The body is hosted in fresh mafic and ultramafic greenstone rocks adjacent to the granite contact. Limited historical records have been located to date, and previous lithium production is unknown.

Following the successful completion of the acquisition, Latitude will undertake data compilation and initial field exploration programmes aimed at gaining a better geological understanding of target areas identified within the Mbeta project area.

Exploration will likely commence with a rock-chip and soil sampling geochemical campaign in the historical mine areas, and along the host structural corridor, with analysis for lithium and associated elements.

Detailed exploration, comprising closer spaced soil sampling, trenching and analysis will be undertaken in geochemically anomalous areas, ahead of the ranking of priority drill targets.

“The Board has been actively assessing a number of investment opportunities in the resources sector globally with the aim of providing our shareholder base with a direct exposure to the rapidly growing renewable energy sector. In line with this strategy, the board intends to further extend Latitude’s reach into other lithium opportunities within Africa,” says Latitude’s chairman, Tim Moore.

“In respect to the acquisition of Mbeta, our technical team has identified considerable exploration potential within the Mbeta project and surrounding mining claims which we believe have the potential to host additional lithium mineralisation.”