Britain is reported to have adopted a radical new approach to Zimbabwe at odds with United States policy. A London-based fortnightly newsletter Africa Confidential says Britain is now promoting the idea of a write-off of Zimbabwe’s debts in exchange for a commitment to reform. 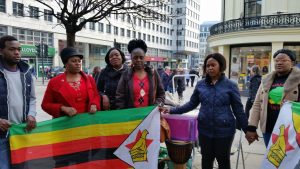 Until now Britain, like the United States, has insisted that new loans to Zimbabwe should be contingent on Zimbabwe settling overdue payments on its $9.4 billion debt to international financial institutions. This, however, is beyond Zimbabwe’s current means because of its massive government budget deficit.

Britain has been backing the so-called Lima plan as a way forward. This would involve new loans to Zimbabwe to repay the overdue money so that Zimbabwe would once again qualify for more loans. But for this to happen Zimbabwe would be required to make deep cuts in government expenditure, including the civil service payroll. President Mnangagwa has made only faltering movements in this direction and, with an election on the horizon, is unlikely to risk unpopularity, hence Britain’s reported support for a debt write-off.

It will probably be prepared to stump up a large part of this itself from the £14 billion (nearly $20 billion) a year it is currently distributing in foreign aid. But whether other donors would be willing to trust Mnangagwa’s promise of reform must be doubtful.

Africa Confidential says Britain’s proposal is not motivated solely by altruism. It says London would like to include Zimbabwe in plans to broker trade deals with African members of the Commonwealth when it leaves the European Union next year. It is encouraging Zimbabwe to rejoin the Commonwealth.

There has been no confirmation of the report from British government sources, which have denied accusations that Britain is biased towards President Mnangagwa.

For its part, the United States has taken a much more robust line towards Zimbabwe, extending sanctions and demanding extensive electoral reforms, including the reconstitution of the Zimbabwe Electoral Commission and the prohibition of soldiers from campaigning for Zanu PF.