The Zimbabwe National Students` Union has noted with great and alarming concern the continuous streak of junta perpetrated violence in tertiary institutions against innocent and unarmed students who are only exercising their constitutionally guaranteed right to demonstrate against an unjust and rotting education system that is being led by corrupt and big headed individuals who treat students like animals. 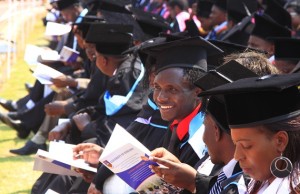 It is a public secret that tertiary education in Zimbabwe is being treated as an elite privilege because the fees are exorbitant, satanic and diabolic. However, our supreme law of the land states that education is a right hence it boggles the mind how the Zanu Pf controlled state machinery reacts with such levels of impunity and a destructive violent nature as has been witnessed at Great Zimbabwe University where live ammunition was fired so as to disperse a peaceful march against high tuition.

Zinasu has always been at the forefront of advocating for students rights(human rights) and as such the Union express it’s utmost disgust at what can only be perceived as a pure violation of our rights by a trigger-happy Junta.Scores of students were injured in the melee that ensued after the brutal clampdown on a peaceful demonstration.

To our chancellor Mr Mnangagwa we call upon you to redirect some of your energy to the local scene and for the meantime pause your globetrotting escapades whilst your home burns and to rein on your dogs who are now turning our campuses into Nazi Concentration camps, please refrain from being a Hitler of our education system and forthwith stop this academic genocide in the making, the voice of the people is the voice of God and no amount of repression can stop the students of Zimbabwe from fighting for their rights.

As a Union, we honour those students who stood against evil at Great Zimbabwe University.
Aluta Continua