During the past year, children in Zimbabwe and around the world have been learning about littering as part of the No Litter Generation initiative. 16 May is ‘No Litter Day’, when children will come together for community litter picking. 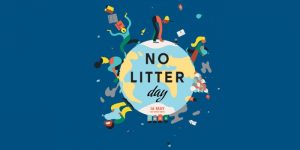 “We’re bringing together a million children around the world to teach people about the consequences of littering and how we can all help look after our resources. On No Litter Day, children will stand together for a cleaner world,” says Magnus Bergmar, CEO of the World’s Children’s Prize.

The first No Litter Day will be celebrated on 16 May. The day is the climax of the No Litter Generation initiative during the spring, a project that has involved millions of children and young people all over the world learning about the causes and consequences of littering, as well as solutions to the problem. The children then share their knowledge with their families and become changemakers for a cleaner, safer society, both locally and globally.

The children demonstrate that they are part of the No Litter Generation by reporting how many kilos of litter they have collected. At the beginning of June, we will know how many tonnes the world’s children have collectively picked.
“On No Litter Day, children and young people learn about the environmental impact of litter and how to manage our resources sustainably. The children pick litter together while at the same time encouraging the adult world to do more to achieve the vision of a society in which nobody drops litter,” explains Johanna Ragnartz, CEO of Keep Sweden Tidy.