Correction of the Herald Story 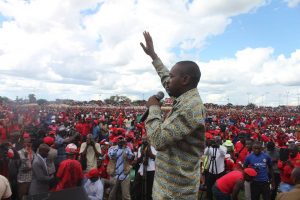 … President Chamisa calls for an Audit of all business deals

The gist and essence of President Chamisa’s well received speech at the May Day celebrations was that the MDC will not allow the mortgaging of this country for political expedience. The new, incoming Chamisa administration will engage in smart partnerships with all progressive partners so that Zimbabwe is best for investment, good for business and prosperous for its citizens. As such, the MDC government, will audit all business deals and those that fail the national interest test will be reviewed.

The people’s President believes in genuine investment, genuine mutual benefit of business and the people of Zimbabwe, and in the transformation of the overall outlook of this nation. Indeed, with an MDC government, Zimbabwe is set for transformation, opportunity and prosperity.