ZIMBABWE Lawyers for Human Rights (ZLHR) joins the workers of Zimbabwe in marking International Workers Day on 1 May 2018. 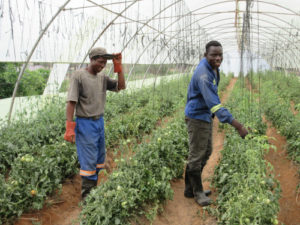 ZLHR salutes all courageous working women and men who have sacrificed so much to promote and
defend the right to a dignified life free from poverty, a living wage, social justice and human rights for all, regardless of socio-economic status or privilege.

International Workers Day, is a day full of history and symbolism for workers’ solidarity and the struggle for decent working conditions and is an opportunity to recognise and celebrate the achievements of workers.

While International Workers Day should be an opportunity to celebrate the economic and social
achievements of workers, it is worrying that for most Zimbabwean workers, this year’s International
Workers Day commemorations will be another difficult day on which they continue to grapple with
grinding poverty, low wages in much of the public and private sector, and continued assaults and
trampling on their fundamental rights and freedoms.

ZLHR is encouraged by the provision of labour rights in the Constitution.
However, five years on, very little progress has been made to fully implement section 65 of the
Constitution.

Reform of labour laws and policies has remained piecemeal and the majority of workers in Zimbabwe
are still not able to enjoy their labour rights as enshrined in the supreme law of the country.
Of particular concern is failure by government to respond to the legitimate concerns raised by workers
in the public sector in Zimbabwe. This has led to crippling strikes by nurses and doctors that has greatly compromised access to health care for the most vulnerable people who cannot afford alternative
service providers. As the second school term beckons, there is a looming collective job by teachers at
public schools, which will affect the right to education of the majority of children in Zimbabwe.
It is disturbing that the onslaught of workers’ rights by state and non-state actors has continued
unabated in 2018.

In March 2018, members of the Zimbabwe Republic Police (ZRP) arrested spouses of some Hwange
Colliery Company workers who were protesting against the non-payment of their husbands’ outstanding
wages.

Municipal police have repeatedly been engaging in running battles with informal sector traders eking
out a living in Harare.

This has at times led to arrest and prosecution of informal traders on flimsy charges.
On 17 April, the Vice President, Constantine Chiwenga, chose to summarily dismiss nurses from their
positions at state-run hospitals who had been on a work boycott protesting against poor salaries and
unfavourable working conditions.

This was despite the fact that section 65(3)&(4) of the Constitution states that “every employee has the right to participate in collective job action, including the right to strike, sit in, withdraw their labour and to take other similar concerted action” and “every employee is entitled to just, equitable and satisfactory conditions of work”.

ZLHR calls upon;
• All employers and government to respond to workers’ plight by paying all workers a minimum
wage above the Poverty Datum Line and improving their working conditions including access to
life-prolonging anti-retroviral drugs and functional health facilities;
• Government to immediately align all labour laws with the new Constitution;
• Government to cease the needless intimidation and persecution of employees for exercising
their fundamental freedoms and rights including labour rights;
• Government to fully implement the recommendations of the International Labour Organisation’s
Commission of Enquiry Report on violations of trade union rights;
• ZRP to stop interfering with labour unions’ activities and uphold constitutional provisions, which
guarantee labour rights.
As an organisation, which is fully committed to promoting, protecting and defending workers’
rights, ZLHR stands together with the working and unemployed masses in Zimbabwe in calling
for a better and more dignified life for all.