The MDC unreservedly condemns the dastardly act of violence that occurred at the Zanu PF rally at White City Stadium in Bulawayo over the weekend. Such primitive and heinous actions have no place in the New Zimbabwe, which we envisage. The MDC respects the sanctity of life irrespective of one’s political affiliation, creed or colour. 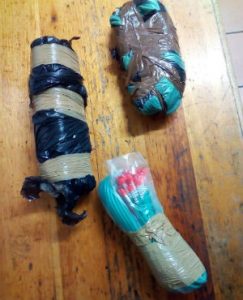 The terrible events at White City stadium should be thoroughly investigated and perpetrators brought to book.  Our prayers go out to the injured and we hope no lives have been lost. Violence must have no place in our politics.

Regrettably, this occurrence is reminiscent of Zanu PF’s past 38 years culture of governance in Zimbabwe, which has been characterized by state-party conflation, fear, capture and coercion. We in the MDC have been victims to this barbarism for many years, with impunity.

The New MDC Alliance government pledges to create a free Zimbabwe where citizens’ rights are respected and safeguarded, where individuals are free to pursue their aspirations.

May God bless and protect the country we all love.
#Behold the New.
#Change that Delivers