Crisis in Zimbabwe Coalition (CiZC), an umbrella body of civic society organizations in Zimbabwe, do hereby express its reservations with the conduct of the Zimbabwe Electoral Commission (ZEC) which has proved beyond reasonable doubt that they are incapable of presiding over free, fair and credible polls. 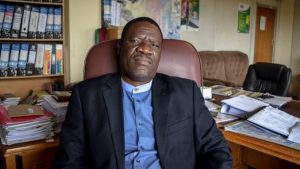 Events that obtained at Rose Camp police station in Bulawayo yesterday, July 12, 2018 clearly testify to the above assertion.

At a time police officers were conducting postal voting, reportedly under the watchful eye of their superiors who were directing them to vote for the ruling party, Zanu (PF), the ZEC acting Chief Elections Officer, Utoile Silaigwana flatly refused that postal voting was underway.

He went on to issue a statement to the State media (The Herald) saying that reports of postal voting in Bulawayo were being spread by ‘malcontents’.

Today, June 13, 2018, The Herald pulled down the story from its website and Silaigwana was quoted again in the state media claiming that indeed, postal voting took place in Bulawayo.

To add to that, there were conflicting statements with the Zimbabwe Republic Police (ZRP) confirming that postal voting took place while ZEC, which is supposed to be responsible for administering the elections, publicly stated that no postal voting had been conducted.

Could it be that he was not aware or he simply did not want the nation to know? Or he is simply incompetent?

Yet, ZEC through Commissioner Qhubani Moyo, yesterday was in the media stating that the commission has only printed ballot papers for the presidential candidates only. So which ballot papers were being used by the police in Bulawayo? This smacks of electoral theft unfolding albeit with poor coordination and craft.

As CiZC, we are however convinced that what transpired simply testifies to the lack of transparency and professionalism on the part of ZEC, with the intention to ‘run away’ with the electoral verdict..

It has also been proved beyond reasonable doubt that the independence and impartiality of ZEC is heavily compromised and that the commission is a captured institution that represents the interests of the ruling party, Zanu (PF) which has over the years manipulated the postal vote in its favour.

We are also concerned that an electoral body mandated with administering elections would abuse the state media to peddle falsehoods on national issues that ought to be transparent and open for public scrutiny.

Silaigwana’s defence has been that the constitution does not necessarily mandate ZEC officials to be present whenever postal voting is underway but for him to express ignorance at a time the process is being conducted  is a huge cause for concern. His stance certainly points to a sinister motive.

As CiZC, we are on record that the appointment of Silaigwana as ZEC acting Chief Elections Officer is a consolidation of the militarization of ZEC and his latest actions have vindicated our long held claim.

In 2008 Silaigwana was appointed to ZEC while he was still a serving member of the Zimbabwe National Army (ZNA) and this of course was against the dictates of the constitution. He was also part of the ZEC team that withheld the March 2008 election results for close to a month.

Indeed, public confidence in ZEC has been lost and this dents prospects of free, fair and credible polls.

The nation cannot expect free, fair and credible polls from a captured and tainted institution in the name of ZEC.

We therefore demand the following;

–          On postal voting, ZEC must make public, the procedure for polling, counting and transmission of results

–          Storage and distribution of ballot papers must be done transparently