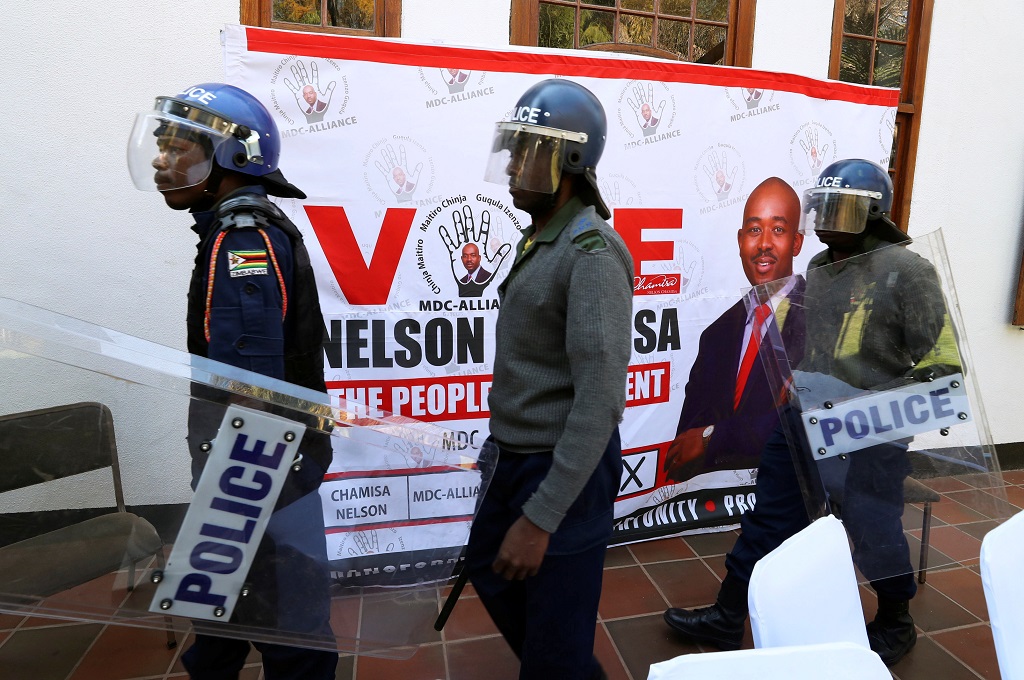 Riot police arrive at a press conference due to be addressed by opposition Movement for Democratic Change (MDC) leader Nelson Chamisa, ordering journalist out of the venue in Harare, Zimbabwe, August 3, 2018

MDC Rep says Police thought MDC was holding a political gathering in contravention of the law, without permission.

After checking “credentials of journalists” the briefing will go ahead.@eNCA#ZimElections2018

MDC leader, Nelson Chamisa was expected to address the media when police dressed in riot gear chased journalists from the venue.

The police were reportedly under the impression that it was a post-election political rally but after being informed it was a media briefing and verifying journalists’ credentials, they allowed the briefing to continue.

MDC lawyer Denford Halmani informed the police it was not a political gathering.

The MDC is crying foul after President-elect, Emmerson Mnangagwa was declared the winner.

According to the Zimbabwe electoral commission, Mnangagwa secured a comfortable victory polling 2.46 million votes against 2.15-million for MDC’s Nelson Chamisa.