So we have now got to the point where the petition was formally filed. A lot of confusing and alarming information has been peddled and circulated. This post will try to demystify these unfounded posts from "cyber scarecrows" masquerading as legal analysts. 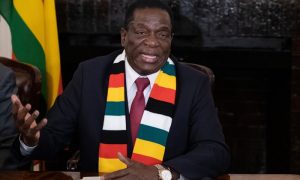 a. Citation of parties / Incorrect name in pleadings / header – specifically relating to President ED’s name. This is a none issue. It can be corrected at anytime time. It happens more frequently than people realise in court, especially when tight deadlines are involved. If anything, it is just a public relations challenge to the Petitioner.

b. Petition filed out of time / service of court process made on President ED irregularly

i.This is another non-issue which has been raised sensationally including by the Sunday Mail. It’s based on ignorance and confusion relating to Supreme Court Rules and Constitutional Court Rules, which are separate.
ii.It’s very important that people do not mislead the public unnecessarily. This is a matter of huge public interest and Zimbabwe’s stability rests on it. The court takes its role on this very seriously and will go out of its way to ensure that everything is done to hear the matter on its merits. In any event, there is a binding decision from the former Chief Justice Chidyausiku pertaining to Morgan Tsvangirai’s 2013 Election Petition – where he ruled that technicalities would not ordinarily interfere in dealing with such cases on the basis of their merits in court.

i.When it comes to evidence, there’s a graduated / sliding scale in terms of importance. You start with the most important working your way down. The more one relies on direct, primary source evidence, the better one’s chances. To this end, its of crucial importance to Chamisa and his team to primarily and systematically target the V11 and V23 returns and the results announced by ZEC. The more that they are able to prove on this account alone, the better their chances. This is their key to victory. From an advocacy perspective, it simply does not get any better than being in the unique situation of being able to dismantle your opponent’s case using discrepancies in their own evidence.

ii.This is clearly a highly politically sensitive case. As a result of this, Judges tend to be more circumspect when it comes to dealing with politically contentious material or aspects of the case.

iii.Focusing on the V11 and V23 Forms & discrepancies relating to this and the announced results creates a scientific / forensic basis for establishing a clear connection between specific figures / tallies derived from the Voters’ Roll, the total number of people who voted in wards on the day, moving through to the Constituencies and finally, each candidate’s tally in the results that were announced.

iv.Because ED’s win is a very narrow one, especially in relation to the run off election, it follows that systematically decimating his ward and constituency results on the above basis can easily chip into the 38 000 threshold that needs to be reached to trigger a run off in a way that a candidate that had won by a wider margin could not have been at risk of. Such an approach creates a legal “window” for the bench to decide in Chamisa’s favour without getting embroiled in politically sensitive matters.

v. Much more importantly, such an approach would centre on “verification” and is less controversial and easier to prove in relation to connecting / proving areas where it is alleged that ED unfairly benefited. It is of absolute importance that any supposed unfair advantage ED gained is quantified, evidenced and appropriated accordingly.
vi. Evidence relating to double counting is also in the same bracket and easier to prove via the V11 and V23 returns, as well as comparing each candidate’s returns by Constituency, as required by law, and not the very odd and unlawful Provincial route mysteriously chosen by ZEC.

i. Zim’s political landscape and Judicial idiosyncrasies. This is a major unknown. The President’s tweet in the Biti case inadvertently laid bare the spectre of potential interference in politically sensitive cases. In addition to this, you have also got the Judges’ own values, views, and secret personal and economic interests etc to contend with. A good example is the fact that most judges were beneficiaries of the land reform programme and it is common cause that the establishment & the ruling party tends to use this as a coercive or retributive tool, with those falling foul of its interests often being targeted and threatened with arbitrary confiscation. So this sort of looms and lurks in the background, sort of tantalisingly out of reach but within reach. This plays a much more decisive role when it comes to dealing with the contentious matters / evidence. Judges do not decide cases in a vacuum, especially those of a politically sensitive nature. To be fair this is not a phenomenon that is only prevalent in Zimbabwe / Africa. Even here in the UK one is confronted with those realities cue the furore that the Brexit case generated at the Supreme Court. One of the biggest concerns for me is that this matter is being heard in the immediate aftermath of the terrible events of the past 2 weeks. Over and above the grim realities of the Zimbabwean situation that we are all aware of, I think it’s still too raw an episode not to loom or lurk in the background.

ii. Much more importantly, even though the Judges have got wide discretionary powers under Section 93(4) of the Constitution, in reality it’s highly unlikely that they will act in none other than a conservative manner, lest they be accused of “Judicial Activism.” It will be interesting to see how the above concerns, the quality of the evidence and local and international scrutiny will influence the proceedings.

iii. In my view, given the above factors, its highly unlikely that the Judges would want to declare the winner in court, particularly if it’s the challenger. They’re likely to view this as politically unpalatable.

iv. Chamisa’s biggest challenge will perhaps relate to the evidence that the court will allow to be admitted. It’s key that every strand of evidence he has makes it into the court process, including the video evidence that is referred to in his petition.

v. We are likely going to see a ferocious battle centring around the V11 & V23 Forms – especially in relation to those that are said to be unsigned and where attempts are said to have been made to alter them by ZEC. I also expect ED’s team to seek to disingenuously contest charges of vote buying, monopoly over the public media. The evidence surrounding the alleged “21 disappearing Polling Stations” is likely to be fascinating.

vi. Aspects of Chamisa’s case which will become contentious relate to over voting, i.e. where voters at Polling Stations went above the mandated 1 000 figure, the so-called “disappeared Polling stations”, vote buying, assisted voting and potential issues of fraud, voter intimidation in rural areas and the partisan role of Chiefs, ZEC’s role, the bias of the public media, alleged inflation of votes in Mash Central & other areas, irregularities relating to postal votes and depriving about 40 000 Teachers an opportunity to vote. The court is often reluctant to get “bogged down” in this kind of evidence because it often means that its forced to veer into the political arena. Furthermore, this necessarily invites judgement to be made on the conduct of political players, including the incumbent, which then brings it into direct conflict with the ruling party / incumbent. This does not mean that Chamisa’s team should not seek to argue this. They are duty bound to. I just think in the end, given our circumstances, it would be ambitious to think that there will be any purchase from this.

vii. It’s also a challenge to seek to persuade the court that such irregularities, where they are proved, were so ubiquitous as to render the whole process a nullity. Its a question of scale and impact, which is not an exact science and leaves room for Judges to subjectively make their own assessments with reference to the objective evidence cited. This is the area that presents a wider scope for “Judicial Activism” but this time against Chamisa. Issues relating to inflation of figures are difficult to prove without reference to V11 & V23 Forms. Chamisa and his team will have to make sure that the Maths balances out in relation to the number of Polling Stations involved and then, once this is made out, account for whether or not the V11 & V23 Forms also bear this out and if not, why that is the case.

viii. I expect ED & his team to fiercely contend that, amongst others, the virtually unrestricted access that Chamisa had to campaign in the rural areas is an emphatic indication of how enabling the environment was. I also expect them to draw heavily from official reports from the teams of observers that participated in the elections. As will be recalled, a significant number of them, including the respected ZESN were reasonably positive. This is the part where I expect Chamisa and his team to encounter the most resistance from the bench. I find it unlikely that the bench will be courageous enough to be wholly scathing on ZEC. I think any criticism will perhaps be nuanced, circumspect and limited. They will likely admit to concerns but conclude that these were not as widespread as to affect the whole election.

In short, Chamisa’s case will be at its strongest when it’s focused on the V11 & V23 Forms & statistics as this can be forensically made out. The approach would then involve systematically working one’s way up from the Voters’ Roll to the V11 Forms in respect of the Ward, and then V23 in respect of the Constituency, each candidate’s total tallies in the Presidential election and the results that were announced by ZEC. This approach also leaves little room for the court to manoeuvre. Once the terrain shifts to non-statistics, things will become heated, explosive and controversial. The more politically sensitive the evidence, the more difficult it will be for the call to be made in favour of Chamisa. The fundamentals mean that a Chamisa win is less likely. However, the evidence cited in the Petition is compelling if it’s made out in the terms described. They key is whether or not it will be made out in court under intense scrutiny. If it is, it will simply be difficult to deny him. If he succeeds, I would hazard to guess that the most likely outcome would be a run off rather than a clear declaration that he has won. If that outcome materialises, it is then difficult to see how Chigumba would then be able to stay at the helm or how ZEC itself could be tasked with running another election without wholesale changes.