The Cabinet being sworn-in today suffers a lot of previous co-morbidities and dirty baggage. An illegitimate President cannot put two fresh apples in a rotten basket and hope to produce a clean basket. 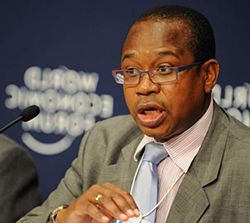 One wonders if ‘new-dispensation’ means that you can cook in a dirty pot and hope that using two cups of clean water will produce clean food.

The appointment of a couple of notable names is just but a cheap attempt to give gravitas to a weak president.

Mnangagwa’s inauguration ignited a catastrophic economic decline, like no other just after an election.

A government is as strong as its leader and as economically capable as it is legitimate. Name bombing, by throwing into the basket Professor Mthuli Ncube and Kirsty Coventry is an unsophisticated way of pampering a largely incompetent cabinet.

As Zimbabwe will already know Mnangagwa has no respect for the constitution and the law but it is not anyone’s expectation that he would continue to subvert the law.

He has appointed ministers of state, which appointments are unconstitutional in the first instance and a subversion of devolution. Provincial councils will have no role in circumstances where a province already has an executive minister.

It is a shame that the declared President has announced 43 ministers including deputies and lies that he appointed 20 ministers.

The appointment of a minister of local government is also a relic of an old habit that is unconstitutional. The new constitution explicitly put it that power will be devolved to the local people to manage their provincial economies and development.

This ministry is no longer necessary and is intended to fight against devolution.

Notably this cabinet does not have sufficient representation of women, young people and war veterans, even by weak Zanu PF standards.

President Advocate Nelson Chamisa did set out, during his campaign and in his smart policy programme, a gold standard that this country could follow in the appointment of ministers, reducing them to no more than 15.

This would guide his work in government.

Owing it to the 2.6 million voters who delivered an electoral and numbers-based victory, Zimbabwe can expect that the people’s President adv. Chamisa is prepared to drive this economy forward.

The MDC and its Alliance partners  has the right skills and the right team to resuscitate this economy.