I have just had the novel experience of “launching” a book, a collection of short pieces I wrote in recent years.  It is a word normally associated with ships – objects that are sometimes majestic and self-driven, like the Titanic, and sometimes fragile and at the mercy of the winds.  I do not know where I fit in but it is an anxious moment when you offer your words to the public. Will they think them light weight and to be soon forgotten or will they see a message there that endures? 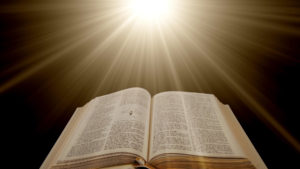 Wilf Mbanga, editor of The Zimbabwean asked me, in 2005, to write a column for his new newspaper, I relished the opportunity to try to capture in words the fleeting thoughts that often crossed my mind as I reflected on events around me.. I was inspired in particular by two great explorers of words who put their experience on paper; the poet Gerard Manley Hopkins and the palaeontologist Pierre Teilhard de Chardin.  Both were Jesuits, the community to which I belong, and both were seeped in the spirit of our founder, Ignatius of Loyola, who loved to say, “We find God in all things.”

Hopkins’ poetry is laced through with the sparkle of the divine presence; in “finches’ wings” and “skies of couple-colour as a brinded cow.” Teilhard’s fascination as a small boy in Southern France in the late nineteenth century was in rocks – perhaps the oldest substance of our planet.  All his writings were a development of the theme of Romans, Chap. 8; creation is groaning in one great act of giving birth.  Teilhard would see our politics, our economics, our culture and all facets of our common life as expressions of this great yearning of the earth to come to fulfilment.

These were giants.  But in my own small way I have tried to see life as the working out of this dynamism, particularly in Zimbabwe.  Everything is an expression of our efforts to fulfil our destiny and our “hearts are restless” (Augustine) until we succeed.

In the forward to this book, which I call Beyond Appearances, I explain my approach: I do not look at the scriptures and see how we can apply them to our lives. Rather, I suggest, we need to look at our lives and see how the scriptures can make them catch fire.  I give the image of the sculptor who, where others see raw rock, sees a beautiful figure longing to emerge from its stony prison and he sets about releasing it.

An encouraging number of people came to the launch and positive things were said and books bought.