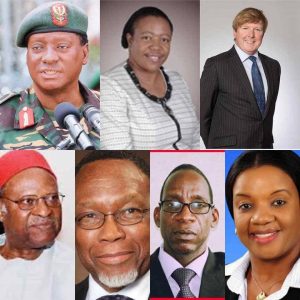 On 26 August 2018, President-Elect E.D Mnangagwa was inaugurated into office as the Second Executive President of the Republic of Zimbabwe.  This followed the declaration by the Constitutional Court of Zimbabwe that E. D. Mnangagwa was duly elected on 30 July 2018. The 2018 harmonised elections were followed by post-election violence in which over 200 human rights violations were documented in the course of two weeks. The violations included the extra-judicial killing of 7 civilians who were shot by the military forces on 1 August 2018 following their deployment in unclear circumstances.

In his remarks at the inauguration, President Mnangagwa indicated that he will be establishing a Commission of Inquiry to investigate post-election violence that saw the killing of the civilians, which both the international community and local civil society condemned in the strongest terms. On 29 August 2018, President Emmerson Mnangagwa announced the appointment of a 7 member Commission of Inquiry to be chaired by the former President of South Africa, Kgalema Motlanthe. The NTJWG notes this development. In this briefing we share our immediate thoughts on the Commission and the mandate as outlined in the press statement issued by President Emmerson Mnangagwa.

The Context
It must be noted that the 1 August 2018 killing of civilians is not an isolated incident of violence. Zimbabwe is haunted by a legacy of unacknowledged gross violation of human rights. In fact, since the announcement of this year’s election results, violence has markedly increased. The Constitution of Zimbabwe recognises the inherent dignity and worth of each human being as one of the founding values of Zimbabwe.  Section 48 of the Constitution guarantees the right to life. Where life is lost extra-judicially, allegedly at the hands of officials of the state, especially officials mandated by the Constitution to protect the people of Zimbabwe, it is a matter which the President, as the Commander in Chief of the Armed Forces, must take very seriously. Section 211 of the Constitution provides that the Defence Forces must respect the fundamental rights and freedoms of all persons.

In fact, ahead of the appointment of the Commission of Inquiry, it is our view that the President as the Commander in Chief of the Armed Forces must take responsibility for the conduct of the military for it is his obligation to give direction and command to the defence forces.  Such an acknowledgement creates a sound basis for whatever accountability measures to be undertaken, especially in the light of previous public statements by the President that seem to suggest that he did not authorise the deployment of the army on 1 August 2018.

As regards the proposed Commission of Inquiry, NTJWG wishes to set this into perspective.

Zimbabwe has a long history of gross violation of human rights by the military. This includes the killing of over 20 000 people during massacres in Matabeleland and Midlands provinces that occurred from 1982 to 1987, also referred to as Gukurahundi. It is because of this history that the people of Zimbabwe saw it fit to introduce section 210 of the Constitution which makes provision for the establishment of an Independent Complaints Mechanism for the purposes of handling any complaints from members of the public regarding the conduct of security services.  The President is thus advised to keep the implementation of this outstanding provision in mind as he moves to address the 1 August 2018 extra-judicial killing of civilians, and torture and other violations perpetrated by the military and other state actors.

In that regard, it is important that the Commission of Inquiry be anchored on the values of independence, truth, accountability, victim-centredness and guarantees of non-recurrence.

We must hasten to note that Zimbabwe has established the Chapter 12 Commissions with mandates that may as well fit into possible investigation of the violations to be covered by the proposed Commission of Inquiry.

The Right to the Truth

As the President emphasised during his inauguration, Zimbabwe belongs to a community of nations. It is critical that the upcoming Commission be seen to genuinely promote these universal values in order to set the path for a clear departure from a past of secrecy and non-accountability.

The Right to Remedy
The right to know the truth is intertwined with the right to an effective remedy as understood within the framework of the United Nations Basic Principles and Guidelines on the Right to a Remedy and Reparation for Victims of Gross Violations of International Human Rights Law and Serious Violations of International Humanitarian Law (General Assembly resolution 60/147). Victims of the post-election violence and torture have the right to justice, effective and prompt reparation for harm suffered and relevant information concerning violations and reparation mechanisms. As the government takes steps to get this Commission into motion, its mandate must clearly have this right among other rights in the foundations of its work. The current mandate as given in the press release does not seem to cater for this aspect.

On the Composition of the Commission
From the list released by the Presidency, it is clear that this is a high level Commission. There is no doubt that the integrity of the Commission cannot be divorced from the integrity of the Commissioners. While the international personalities are people of high standing, we are concerned that some local members might not inspire confidence because of pronouncements on the elections or open campaigning as candidates or for other candidates during the just ended elections. We hope they will not be blinded by their political biases or persuasions.

The Mandate
The mandate of the Commission as published so far leaves much to be desired.  The mandate seems to skirt around the critical issue of the killing of civilians by military personnel on 1 August 2018, the torture and assaults as perpetrated by the military in high density residential areas. These are critical issues. We propose a specific mention of the 1 August 2018 extra-judicial killings and the violence and torture that broke out in the residential areas from 1 to 14 August 2018 in which members of the military were implicated.
The inquiry must be as clear and specific as possible, seek to answer and establish the following:

Operation of the Commission
The Commission must carry out its duties in line with the best principles of transparency and accountability. A witness and victim protection mechanism must be developed to ensure the safety of all persons who will interact with the Commission and the confidentiality of information where witnesses require such. All hearings must be conducted in public and broadcast on national television except in circumstances in which the victims or any other interested person makes an application for the matter to be held in private owing to the need to protect the identity and welfare of the victims.

The NTJWG acknowledges the frustrations with past processes and even some aspects of the current process. It is however our firm belief that the only way forward is to insist on continuously trying, no matter how imperfect. We encourage the people of Zimbabwe to commit to the search for truth and accountability as part of the drive for reconciliation with the desire to make this journey a success by abiding to the best practices as embraced by the family of nations to whom Zimbabwe belongs.