A gay rights group in Zimbabwe has reportedly called on the government to set up policies that would protect its members from abuse, blackmail and segregation after a gay teacher at a top private school quit his job due to threats. 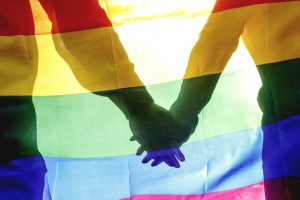 Neal Hovelmeier, who taught for 15 years at St John’s College, a posh Harare school, came out to students last week, hoping it would help curb homophobia at the school, reported AFP.

The move, however, sparked outrage from some parents in this socially conservative nation.

Homosexuality was illegal in Zimbabwe.

Hovelmeier’s decision came after the school authorities encouraged him to do so following news that a local newspaper was planning to out him.

Following the incident, Gays and Lesbians of Zimbabwe programmes manager, Samuel Matsikure, said homosexuals in the southern African country were often subjected to blackmail, abuse due to a wide spread culture of shaming them, according to NewsDay,

Matsikure claimed that there were people who were getting rich in the southern African country by threatening to expose members of the lesbian, gay, bisexual, transgender, and intersex (LGBTI) community.