Next month, Africa will join other members of the Paris Accord at a meeting in Poland. In addition to climate change, Zimbabwe author Geoff Hill says it’s time to talk about an alliance of countries that have no plans to give up coal, but still want to clear the air. 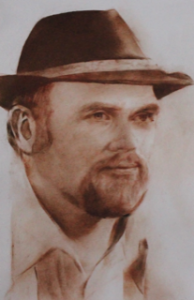 Sharing technology on clean coal, according to Poland’s deputy foreign minister, “lies at the heart of our relations with India”.

He made the comment on a recent visit to Delhi. Like Zimbabwe, both countries get a majority of their power from fossil fuel.

Egypt is building the world’s largest clean-coal plant run on know-how from China, while Japan and the US have voiced ideas on pooling their research.

Australia and South Africa lead the world on carbon capture and a cleaner burn, while Colombia — with one of the world’s largest coal mines — is helping Latin America along the same path.

So why isn’t there a clean-coal alliance?

Dr Samson Bada is a Nigerian engineer working at Witwatersrand University (Wits) in Johannesburg, among the most respected schools in Africa.

“We need a global sharing of research,” he says.

“No matter where you are, the cost of electricity is a political issue. And a lack of power comes up at every election right across the developing world.”

Bada said economies like Zimbabwe, Nigeria and South Africa, “will not stop using fossil fuel, no matter what activists in New York or London may say. So the task is to make it cleaner.”

Also at Wits is his mentor, Rosemary Falcon, the recently retired professor in charge of clean-coal research who oversaw his PhD.

“Some kind of alliance is crucial,” Falcon said. “And it would need to cover oil, gas and coal because all these put off smoke if you don’t use them properly, and there’s an overlap in the chemistry

“How can anyone suggest a poor country without the technology should be left to pollute the air with coal or gas when we know how to burn it cleanly? Obviously this is something we must share with everyone,” she said.

When you have no job and live in a shack without electricity and your family is always hungry, you don’t talk about climate change.

Falcon said coal was still the “cheapest and most reliable” source of energy. “Sun and wind only work some of the time, and there has to be a baseload, topped up with renewables,” she said.

But she said any association had to include all parts of the world. “People forget that Tanzania has four billion tons of coal. Or Colombia with its huge open-cut mines. Africa, Asia and Latin America must all be part of the mix.” 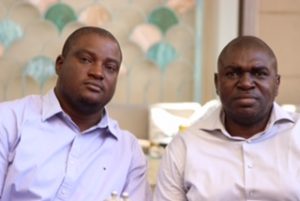 Dr Jacob Masiala is another of Falcon’s former students, still engaged with research.

“I’m passionate about the environment,” he says, “but those who want to see an end to fossil fuel need to spend more time on the ground in Africa.”

Originally from Kinshasa, Masiala believes in the science of climate change but laments that, “it’s become an obsession for the pampered and well-off.”

The priorities for billions of people in the developing world, he says, are different.

“When you have no job and live in a shack without electricity and your family is always hungry, you don’t talk about climate change. You worry about the next meal, not the next 50 years.”

The idea of an alliance is not new. Indian coal minister, Piyush Goyal, has been hinting at it for years.

“We must share technology for clean coal because this will be the mainstay in India’s fuel mix,” he told a meeting in Japan.

And US Secretary for Energy, Rick Perry, spoke about it on a visit to Cape Town at the end of 2017.

Perry said the supply of electricity across the developing world was not just a social issue but “a matter of national security for the United States”.

Perry said that without power, poor countries were unable to industrialise and this led to “poverty and a lack of jobs that drives young people to join militia.”

It was a factor, he said, in the war on terror.

So why no treaty?

The first step is money.

Even an NGO would need a secretariat with an office and a press team to get the word out. Fees from member countries could meet the cost but someone has to kick it off … and hope it works.

“Energy is tricky,” he said.

“We’ve seen how oil has been used as a weapon in wars across the Middle East. But gas is just as vital during the winter in countries like Finland or Ukraine. For now, they rely on a Russian pipeline and this is a huge factor in their relations with Moscow.”

Taiwan, he said, has the world’s largest clean-coal plant. “So how do you put them at the same table as China?”

One could say the same about Britain and Zimbabwe.

But he said this made it even more vital to set up an alliance that was politically neutral.

“Emissions blowing south from Pakistan don’t stop when they reach the border with India.

“Ideally, there must be room for everyone at the table, including Russia and the US, Iraq and Israel.”

He said the Paris Accord on climate change might serve as a template. “Some in the room are on less than good terms, but they work to a common goal. Why can’t we do the same thing with clean coal?”

Zim could emerge as a champion.

The next meeting of Paris signatories — including all countries in Africa — takes place on 3 December.

The 24th Conference of Parties (COP 24) is already contentious because host-nation Poland has angered the European Union by building coal-powered generators, with more to come.

Zimbabwe has among the largest deposits in Africa, mostly south of Hwange National Park. And the government could rally friends and investors by pushing the idea of an alliance at the meeting in Poland. Our voice is rarely heard because our economy has fallen so far, but on this we could emerge as a champion.

The World Bank refuses to fund anything using fossil fuel, but for hundreds of new coal and gas plants across the globe, money has come from China, India or the private sector.

He paraphrased their pleas at a recent press conference. Leaders in Africa, he said, complained that his Bank would not let them “have baseload power because we can’t use a single drop of fossil fuel for our own energy needs”.

Kim said he was moved by the argument., “I can tell you, when I hear that, it’s compelling to me.”

However, he and Christine le Garde of the IMF ruled out any change, though, as the largest donor, the US has made clear it wants an end to the ban.

Jacob Masiala said any policy that ignored Africa was doomed.

“We hold nearly a quarter of the seats at the UN, but millions of our people are still without electricity,” he said.

“Yet there are those who seem to view themselves as our overloads.”

Bada agrees. “That’s why we need an alliance of countries using fossil fuel. It would put us all on a more even footing, from big players like the US and China, across to Africa and Latin America.”

Falcon has no doubt it will happen. “The idea of an alliance may have started with India and the US, but smaller countries are now pushing it,” she said. “And I think we could see Poland take the lead at the COP meeting in December.

“I guess there will be protesters in Poland telling us there’s no such thing as clean coal, but anyone with a brain has moved on.

“The focus now is on working together so coal can be part of the plan on climate change.”

Harare should heed the call.

Geoff Hill began his press career on the Manica Post and is the Washington Times correspondent for Africa. His books include What Happens After Mugabe?