The company has blamed foreign currency shortages for the impending closure of its mills. 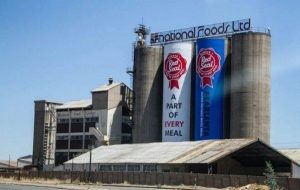 Cakes could be in short supply on Christmas as National Foods, one of the largest food manufacturers in Zimbabwe, announced it would be shutting its doors because it had been unable to pay its suppliers due to a crippling shortage of foreign currency.

In a letter to its “valued customers”, National Foods – jointly owned by Tiger Brands and Innscor Africa, a Harare-listed company – said it anticipated the mills in Harare and Bulawayo would close on Wednesday.

It said it would still mill out wheat in the process and supply the limited stock it had on hand.

The company, which has fast foods, maize and flour milling, snacks manufacturing, poultry, and edible oils units under its portfolio, blamed foreign currency shortages for the impending closure of its mills.

Zimbabwe, which abandoned its own currency in 2009 to use a basket of currencies mostly led by the US dollar, is in a serious economic bind – foreign currency, fuel, and medical supply shortages are the order of the day.

The firm said in a letter dated December 3 2018: “As you are well aware, the nation has been facing foreign currency shortages for some time. As a consequence, National Foods has faced difficulties in settling its foreign wheat suppliers.”

Tiger Brands owns about 37% of the company.

“Our suppliers regret having to take this position but have themselves reached the point where they cannot fund their businesses,” National Foods said.