Throwback Thursday to a once prosperous Zimbabwe, before the Lancaster House Agreement was signed with Britain, guaranteeing Zimbabwe independence but giving the despotic, genocidal Robert Mugabe and his ZANU-PF, free reign to do as they wished for decades to come, until present day. 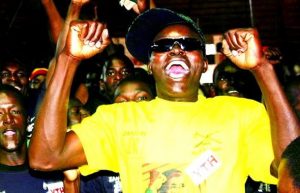 Under the guise of “land reform”, the Zimbabwean government moved to seize all land owned by white farmers without compensation once Britain, led by Tony Blair, ceased payment of subsidies providing for the ‘Willing buyer, willing seller’ arrangement. This effectively signed the death warrant for many innocent landowners of British descent, including the thousands of farm workers that worked on those lands.

The majority Zanu-PF electorate cheered at the thought of free land and all riches included as innocent, productive landowners were forcibly removed off of their properties, most of them violently. Mugabe was hailed as an African liberator and a national hero.

An acquaintance who stayed with me was given 24 hours to gather whatever possessions she could fit into her car along with her children, and had to leave her property, where she stayed for many years. Had she not obliged, they would have been raped and murdered. Others weren’t as fortunate as her.

The government funded ‘army veterans’ gave her this ultimatum once they had already gained entry onto her property, to which she held title deed. She returned many years later only to find barren land, not even a tree or building left standing. Whatever equipment she once had, had been sold for scraps, never to be used for farming again.

The UN, AU, SADC, my home country South Africa and the rest of the world did nothing. Little did the majority of Zimbabweans know that they would be receiving no land promised to them. It would inevitably go to the political cronies through nepotism, swapping hands with whomever were most loyal to Mugabe and Zanu-PF.

Today Zimbabwe is a failed state under the blanket of socialism and Marxism. The economy has collapsed due to hyper-inflation and the tourism industry decimated along with the wildlife. There is widespread famine and they are currently ruled under martial law due to ongoing protests against the highest petrol prices in the world. To add insult to injury, the government has recently shut off all internet communications preventing an uprising. There is talk of videos surfacing showing the mass-murder of political dissenters and community organisers.  Not so much cheering going on now.

The Zimbabwean story is such a disaster and a terrible idea, you would think that no sane person would ever try to replicate it, however, the South African government is following in the exact same footsteps!! It is like Deja-Vu. The same rhetoric and propaganda is fueling racial discord, totally distracting the people while the ruling ANC government steals whatever they can! Corrupt leaders are exposed for serious crimes on a daily basis with zero accountability. Minorities are constantly made the scapegoats for government failures.

The world needs to start paying attention to what is happening in southern Africa and to stop giving aid that finds its way directly into the back pockets of corrupt leaders and never to the people who most need it. Next time you complain about your leaders saying some mean things or perhaps making controversial decisions, have a read up about our leaders and thank your lucky stars you live in a free, democratic, capitalist society. You’ve never had it so good.