JOHANNESBURG - The public transport system has come to a halt in Zimbabwe in the aftermath of protest action in the country. 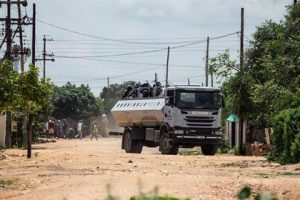 Pupils have also not been going to school due to the unrest.

However, the internet services have now been restored, after a 24-hour shutdown.

The internet was reported to have been used to mobilise support for protests, led by the Zimbabwe Congress of Trade Unions.

Although internet services are back up and running, access to social media networks remain blocked.

Protest action has gridlocked Harare for the past three days, following the recent hike in the fuel price.