Two recent political statements that worried me were issued by Strive Masiyiwa when he said he believed “President” Mnangagwa was sincere, and that people who are complaining should stop politicking and the press release issued by the Dr. Thokozani Khupe led MDC-T during the most recent round of atrocities on innocent civilians by the Mnangagwa Administration. 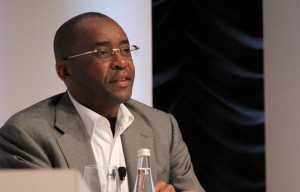 Little did I expect that Strive Masiyiwa who I had respected since I knew him would endorse dictator Mnangagwa. I wonder whether that was what he really felt in his heart, whether he was speaking out of ignorance following pressure from journalist who go out of their to make an interviewee say something, or he was doing so in order to buy some favours from the Mnangagwa Administration. I was really confused.

As for the Dr. Thokozani Khupe led MDC-T’s media statement, I was not shocked at all, knowing very well that they have endorsed Emmerson Mnangagwa.

It will be interesting to know if Strive Masiyiwa and the MDC-T led by Dr. Khupe will revise their positions in view of the things that have surfaced during the week long disturbances., a few of which I will point out in this submission.

It is not hearsay that Mnanagwa’s Party Officials were arrested for destroying property during these disturbances. But before we heard about the arrests of the Zanu PF officials, and got detailed reports of the disturbances where ununiformed people were using guns, looting and destroying property, The National Broadcaster tells the world that is had been established that an unholy alliance between the Zimbabwe Congress of Trade Unions, the MDC Alliance and Crisis Coalition were the organisations which had received money from foreign governments to destabilize the country, when a stay away had been organised to express displeasure at the way Emmerson Mnangagwa who Strive Masiyiwa has or had confidence in who had announced an astonishing over 150 percent increase in the price of fuel. Even before that announcement there had been workers’ action by the Doctors and Teachers, and how would one expect them to respond to such an announcement of an increment of fuel that was likely to trigger increments of other commodities. It was very stupid for the Party led by Dr. Khupe to therefore issue such a reckless statement.

Very interesting, which I think should really get Strive Masiyiwa retracting his words, was the shutdown of internet services by the Mnangagwa Administration, and the way leaders in the Administration responded to question regarding the shutdown. The Acting “President” denied Government involvement in the shutdown, so did the Deputy Minister of Information, and Strive himself had to set the record straight. My question which I think Strive Masiyiwa must answer is “Does Strive Masiyiwa still have confidence in the Emmerson Mnangagwa Administration?” This is a simple question from a user of Econet Services through remittances and phone services. Mr. Masiyiwa, I hope you will answer this question from one of your customers. And I am really serious, I need an answer.

Add to that, Government, seeing that the involvement of Zanu PF and the Mnangagwa Administration had been exposed, arranges a press conference for the Zimbabwe Republic Police and the Army in which they disown the current and retired soldiers and police officers who it had deployed to cause mayhem and blame it on the MDC Alliance, the ZCTU and Crisis Coalition. I again ask the owner of the business which provides me services, Mr. Masiyiwa, “Do you still have confidence in the Administration of Emmerson Mnangagwa?”

On a personal level, I am very angry with anyone who defends Emmerson Mnangagwa. I am very angry knowing that Emmerson Mnangagwa’s soldiers and policemen and policewomen have been going door to door beating up innocent Zimbabweans, destroying the occupants’ doors to gain entry and destroying property, injuring people in the process, and in many cases abducting people, some of whom have been killed or severely brutalised. Who is going to pay for the repair of those damaged doors and properties? Who is going to look after the lost orphans arising from Emmerson Mnangagwa’s actions? I am hurt! I am angry! I am disappointed!

God is watching. People are watching.

I want to conclude my post by appealing to the MDC-T led by Dr. Khupe and to Strive Masiyiwa to learn from Eddie Cross who once thought Emmerson Dambudzo Mnangagwa was sincere but has since realised that Emmerson Dambudzo Mnangagwa is not the person he had misled some Zimbabweans and the world that he is sincere. Here is a link to Eddie Cross’ article  “Trying to explain the unfathomable” https://www.thezimbabwean.co/2019/01/trying-to-explain-the-unfathomable/  Please read this informative article, Strive Masiyiwa and the MDC-T leadership