Travellers who are currently in Zimbabwe, particularly the cities of Harare and the southern city of Bulawayo, should exercise caution and avoid all protests and large gatherings of people. 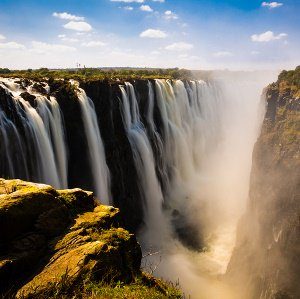 Political unrest in the capital Harare, initially flared on 16 January, after the Zimbabwe Congress of Trade Unions called for a three-day national shutdown in response to exorbitant fuel price increases. The country is facing its worst economic crisis in a decade, with the  UK Foreign Travel Advice has therefore warned that travellers should not solely rely on particular apps for communication as these may be blocked.

This is the advice of Corporate Traveller, a division of the Flight Centre Travel Group, as a result of the recent unrest in the country.

Oz Desai, GM Corporate Traveller a division of the Flight Centre Travel Group, says many shops and businesses are currently closed as a result of the unrest in the country, particularly in the capital of Harare.

He adds that although Internet access has been restored, access to some social media sites has been disrupted across Zimbabwe.

“Travellers should follow the advice of the local authorities and minimise any unnecessary travel. Although the airport in Harare is open and operating, people should only travel there if it is safe to do so,” he says.

Desai adds that as a result of the cash crisis, travellers should note that authorities have blocked international debit cards from making cash withdrawals from ATMS. “Travellers should remember to take sufficient cash to cover their needs for the duration of their stay.”

Previously, African Bush Camps, a trusted operator in Zimbabwe issued an update saying, “We’d like to assure all of our partners that all of our camps and lodges are operating as usual and that our business has not been affected by the current activity happening in Zimbabwe.

“Due to the remote location of our properties the guest experience will not be affected in any way.”