I arrived in Zimbabwe for the first time last Friday. Some of you old timers might still know it as Rhodesia, named for Cecil Rhodes, imperialist, racist, and creator of Rhodes Scholarships. I flew into Harare, formerly Salisbury. 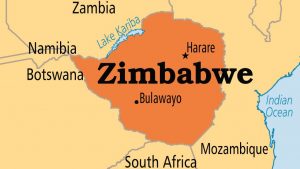 This country has a tough history. Independence came later than other European colonies in Africa. Zimbabwe’s first leader became a mean dictator and was finally deposed about a year ago. Still, I landed at Robert Mugabe International Airport.

Zimbabwe is trying hard to be a democracy, but it does not come easy because democracy really is not a natural form of government, and it is especially difficult for a nation with a long history of British control. Dealing with cronyism and corruption will need some time.

I was visiting a program to empower girls and women in Harare and in a smaller town four hours away by road. The trip was easier than expected. By African standards we had use of a good highway. It wasn’t exactly I-390, but it was paved and had lines.

In Harare, several young women gave short speeches to me about problems with sexual violence and what needed to be done. They were strong, intelligent young women who spoke well and with passion. The founder of the program that they are a part of is a friend I met last year at a conference in Prague. She has created something strong and good.

When I spoke to the girls, I told them that I would report to people back home that after hearing of their plans, my one-word description of Zimbabwe is “hope” if they stay involved. They organize events and speak with members of Zimbabwe’s parliament. I imagine that there were some uncomfortable members, and that is as it should be.

Then I headed to Gwere, a large town in the provinces. I went to a small home with no electricity and not much else. There I met a group of women who have come together to struggle for justice, to refuse to accept sexual violence, and to raise their children properly. I again heard some very good speeches. I talked with many mothers of small children. They want some help from the Bill Cook Foundation so that their center can have better facilities for their activities. I also met lots of little children, some of whom were products of child marriages, some as young as 14.

I talked with a 14-year-old boy named Blessing. When I asked about his name, his mother said his older sister is named Beauty. I asked Blessing about school. He was evasive until his mother interrupted to say he and his siblings do not go to school because there is no money for the $130 per child school fees. Like many poor countries, Zimbabwe charges for public school education, thus eliminating many of the very poor from even starting their education.

I think that the Bill Cook Foundation can help Beauty and Blessing and also help to fund the center, which includes teaching parenting skills to young mothers. I made the young women a deal. We will help them if they do one thing that takes no money and no skill — speak or sing or read to their infant children two hours a day.

Research clearly shows that intimate speaking with a child stimulates the brain, making it easier to learn later on in life. Listening to a voice on television or on a phone does not translate into brain development, but mother or father speaking with child does.

My Foundation is asking for “something back” from those who benefit from our donors’ generosity. For instance, we bought materials for two pre-schools in Sir Lanka, but the men of the village did the building — call it “elbow equity.”

I will be back to Gwere next year. There will be electricity and a couple of computers at the center, and this time Blessing can tell me what he learned in school yesterday!

Bill Cook is a distinguished teaching professor and emeritus professor of history at SUNY Geneseo. He has been a member of the Geneseo faculty since 1970. His research areas of interest include medieval and Renaissance Europe and church history. Contact him at [email protected].