CADTM, Committee for the Abolition of Illegitimate Debts 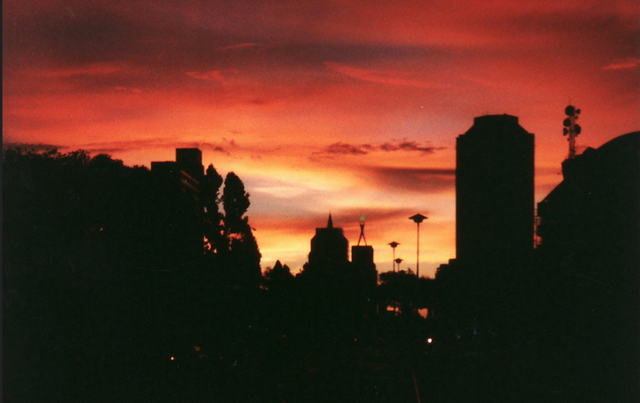 Since independence, Zimbabwe’s economic prospects have become more and more like a washed out fabric: every wash, it loses a little more luster and, with the passage of time, threatens to be reduced to rags. After inheriting a healthy economy at its independence in 1980 – though profoundly marked by economic disparities – the Zimbabwean government instituted decades of economic decline and an ever-widening gulf. inequalities by putting political and economic capital ahead of other concerns.

In the 1980s, however, trust still prevailed among ordinary citizens who, in general, did not fully grasp the underlying structural functionalities of the economy. This, however, was to change in the 1990s, with the introduction of the Economic Structural Adjustment Program (PASE), implemented under the auspices of the World Bank, with drastic austerity plans and economic liberalization, exposing the workers to the disastrous realities of neoliberalism. And as Zimbabwe staggered towards the end of the 1990s, this trend worsened further in the form of large-scale spending cuts, which left workers stranded and tattered the country’s social fabric.

The chaotic program of land redistribution, which began in 2000, has ended up marrying Zimbabwe’s agrarian economy. Between 2000 and 2009, we witnessed a vertiginous drop in agricultural production, caused by the flight of experienced farmers and a succession of droughts. This, in turn, has had a serious impact on the manufacturing sector, which relies on agricultural production for its raw materials.

The economy experienced a brief period of recovery between 2009 and 2014, with the introduction of a multi-currency system where the US dollar was adopted as the basic currency, following the formation of a coalition government at the end the highly disputed elections of 2008. However, since 2015, the Zimbabwean economy has been in recession.

The main socio-economic indicators have all fallen, while inflation, liquidity shortages , budget deficits and public debt have further deteriorated. Continuing shortfalls in foreign exchange have led to shortages of key commodities and pushed prices for consumer staples to record levels. The official annual rate of inflation rose from 2.97% in November 2017 to 3.56% in January 2018. In November 2018, inflation reached a record high of 31%, the highest since the introduction of the system. multicurrency. However, estimates by leading economists put it at a staggering 186% , putting Zimbabwe in second place after Venezuela, with its 1.4 million%.

Galloping inflation has had a devastating impact on ordinary citizens; the incomes of people who are still lucky to have work or a pension have been massively eroded. Their already difficult situation is aggravated by the fact that most people do not have access to foreign currency, while suppliers require their services to be paid in foreign currency. In addition, tens of thousands of workers are victims of wage theft. This leaves most people unable to provide for their basic necessities, be it food, shelter, education, health or transportation.

And while we thought we had seen the worst, in January 2019, the government raised the price of fuel by 158%, plunging the economy into a spin and creating a very likely risk of hyperinflation. The workers called for a strike and the citizens rallied to it.

Workers facing a wall of silence and an iron grip

The prospects for an economic recovery this year are all the more remote as the country is unlikely to achieve its economic growth projections or inflation targets. The current circumstances have forced Finance Minister Mthuli Ncube to review the projected economic growth rate for 2019, dropping it from 9.0% to around 3.1%. But even this revised objective is unlikely to be achieved, given the continued erosion of the confidence of the international community and the exorbitant cost of living. Unless the government and its social partners promptly reinstate the social contract in good faith, social unrest is likely to become a recurring event in the coming months.

In the face of the economic implosion and a desperate population, the government has sought to muzzle its critics en masse, instead of focusing on economic fundamentals and engaging in dialogue. For years, Zimbabweans have been campaigning for economic stability, electoral reforms, the rule of law, institutional reform and decent wages, but all they have in return is a wall of silence and an iron grip.

Harmful economic measures forced the Zimbabwe Congress of Trade Unions (ZCTU) to launch a call for demonstrations in October 2018, resulting in a tough police crackdown. In January 2019, the ZCTU issued a strike call, to which the state responded with brutal force and intervention by the armed forces, killing nearly 17 people. The reports also reported beatings, rapes and other atrocities. The leadership of the ZCTU has been in the line of fire of the authorities. ZCTU President Peter Mutasa and I are not only facing public order trials following the October protests, but have more recently been accused of attempting to destabilize the government, a serious crime . In the event of conviction, we risk twenty years in prison.

In the past 12 months, teachers have also been attacked for striking a strike demanding that their salary be paid in USD, since the value of all other payment methods (bonds, electronic money) dropped in peak.

Members of Zimbabwe’s Amalgamated Rural Teachers Union have been dragged into court, while doctors and nurses have been arbitrarily dismissed for demanding better wages and working conditions.

The government is trying to intimidate organized workers so that they can continue their austerity program in peace. With the result that the situation of the unions is today more precarious than it was under Mugabe: the government unilaterally imposes its decisions on collective bargaining processes in the civil service; union leaders are targeted for arrests and detentions; however, the courts seem to have been taken hostage and are no longer sensitive to the workers. Despite attempts by the state to deal with it, collective power is the only hope left for Zimbabwean workers.