Many tributes have been paid to Jean Vanier, the founder of the l’Arche communities for people living with intellectual disabilities, over the past few days since his death early on Tuesday morning (7 May). Jean came to visit us in Zimbabwe four times. 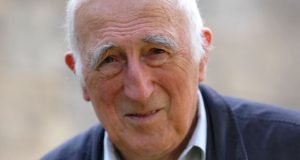 The first was in 1982 after I had written to him to say I had discovered l’Arche in Canada and a few of us wanted to start a community in Zimbabwe. We had two large gatherings and he told us what he had discovered from sharing his life with people living with disabilities. He came back in 1988 to lead a retreat at Silveira House and again in 1997 by which time we were ready to start our community of l’Arche in Harare and he formally opened it.  It happened to be a day when there were violent riots in town and the Canadian ambassador had her car stoned on the way to Waterfalls.  But we put politics aside and, with great joy, celebrated the birth of our community with Moses, Gerald and Irene.

Five years later he made his last visit and this time we tried to invite many people and hired the National Sports Centre. As well as l’Arche the communities of Faith and Light came from all over the country as well as Zambia and the Congo.  But we did not succeed in attracting many from outside our circle of friends as we were not good at publicity.

In all these visits Jean taught us again and again what he had learnt, namely, that we are called not only to care for people living with disabilities but to share our life with them. In other words we are invited to become friends.  He often used to say he started l’Arche (in 1964) to provide a home for Raphael and Philippe and care for them. But he soon discovered they were teaching him. In the secure atmosphere he had created for them they felt free, as in any family, to vent their angers and frustrations.  He was not expecting this and it challenged him sharply; he had to face the anger and frustration and even latent violence in his own heart. They healed him.  He became the Jean Vanier we knew – not through training he had received as an officer in the Canadian navy or through his becoming a professor of philosophy at Toronto University – but by discovering the gifts and beauty of people living with handicaps.

He often told us that he did this by ‘stopping’.   Instead of rushing around ‘doing things’, he would say, we need to stop, to spend time with vulnerable people, to listen to them (even if they do not speak) and to learn their language, that is, whatever way they can respond.  He told us he had to learn patience. He had to slow down and put aside the ways he had learnt in the navy and at the university.  He used to speak about a very wounded member of l’Arche, Eric, who was dumb, deaf, blind and in other ways physically as well as intellectually handicapped. The only way you could get a response from Eric was when you were giving him a bath and you took time to gently and tenderly wash him.  Then he would suddenly relax and all his tension would disappear.

Jean defined his vocation as ‘revealing the beauty of people who are wounded’. It is the sort of sentence you will not find even in the best meaning of our laws.  In fact many people will not even know what you are talking about.  Yet there it is: the cornerstone of l’Arche.  It is about helping people who are living with disabilities to discover their gifts and rejoice in them and share them with the world.

The best way we can honour the memory of Jean Vanier is to make his dream our dream and build on the foundations he laid.