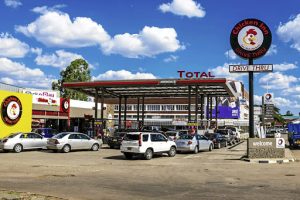 Zimbabwe has experienced fuel shortages since September, forcing motorists to queue for hours to fill up.

It has also been hit by rolling power cuts for two weeks due to low generating capacity, angering residents already grappling with economic hardship.

“Fuel queues are an eyesore, we don’t want to see them. The fuel situation is a symptom of a bigger problem in the economy,” Reserve Bank Governor John Mangudya told a parliamentary committee.

Zimbabwe is facing a severe shortage of dollars, which has hamstrung its capacity to import fuel, medicines and now electricity.

Mangudya said the central bank had in the past two weeks issued $115 million in letters of credit to oil companies to import 170 million litres of fuel, enough to last just over a month.

Glencore, Trafigura, Total, Engen and Independent Petroleum Group are the major suppliers to Zimbabwe. The fuel is kept in bonded storage on the outskirts of the capital Harare and is only released to oil firms once they have paid in dollars.