Some 10,000 delegates and guests are expected to attend the conference, taking place in the central city of Gweru. 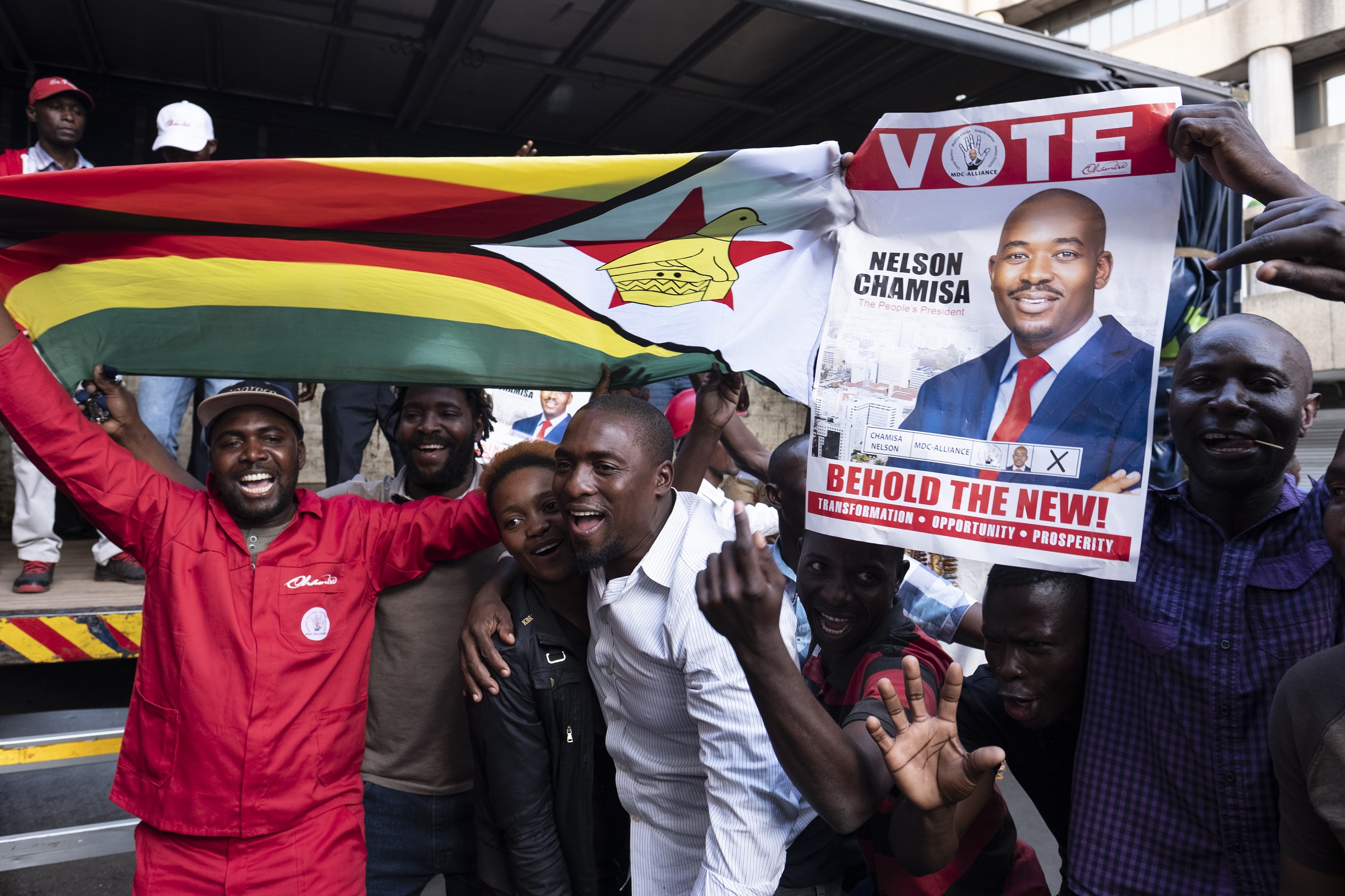 GWERU, Zimbabwe – Zimbabwe’s main opposition this weekend is expected to elect Nelson Chamisa as its next president in its first congress since the death of its revered founder, Morgan Tsvangirai.

The Movement for Democratic Change (MDC) is likely to elect Chamisa unopposed, boosting a party plagued by infighting since Tsvangirai’s death and battered by an election defeat.

Chamisa, 41, then took the party helm, becoming its champion in the first presidential elections since the authoritarian Robert Mugabe was ousted.

He lost the historic ballot to incumbent Emmerson Mnangagwa, an outcome that he says was rigged.

“We are going to get a new leader, Nelson Chamisa,” party spokesman Jacob Mafume told AFP, a prediction that analysts agree seems sure.

After the blow of July’s election loss, Chamisa may have the political winds behind him as the new MDC chief.

Zimbabwe’s economy, which the 76-year-old Mnangagwa has vowed to revive, is once more an explosive issue, with shortages of fuel, a cash crunch and rising inflation.

But whether the youthful Chamisa can appeal to a broader audience as this crisis unfolds is unclear.

“His popularity cannot be disputed – he is popular broadly within the MDC,” Chitanga said.

“But I’m not sure he has worked on his other traits as a leader of such a huge movement to a point where he inspires confidence to different sections of society.”

Some 10,000 delegates and guests are expected to attend the conference, taking place in the central city of Gweru.

Formed in 1999, following a conference of labour, church and civic society and students groups with trade unionist Tsvangirai as founding leader, the MDC is the largest opposition party the country has known since independence in 1980.

It is the only party to have posed a sizeable challenge to ZANU-PF’s grip on power, often in the face of violence.

In the 2008 elections, Tsvangirai beat Mugabe in the first round of presidential elections but failed to garner enough votes to be declared winner.

He withdrew from the runoff, citing attacks on his supporters by ZANU-PF militants and state agents that left around 200 people dead and thousands of people displaced.

Despite its prominence, the party has a long history of division.

It first split over whether to contest in senate elections in 2006, again in 2013 in the aftermath of general elections and most recently in internecine feuding over Tsvangirai’s succession.

Earlier this month, the high court, petitioned by a party district official, declared that Chamisa’s appointment as party vice-president by Tsvangira had been illegal.

The MDC says the ruling is a ZANU-PF machination ahead of the congress, and has lodged an appeal.

“Our opponents have been using all kinds of tricks to derail this great event but we are saying it is the party membership which decides the party position,” said Mafume.