In this edition of the anti-impunity update, we will focus on why Zimbabwe must ratify and domesticate the United Nations Convention Against Torture and Other Cruel, Inhuman or Degrading Treatment or Punishment (UNCAT). On 26 June 2019, we joined the world in commemorating the International Day in Support of Victims of Torture. 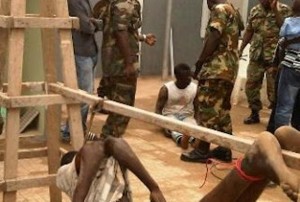 The United Nations Convention Against Torture and Other Cruel, Inhuman or Degrading Treatment or Punishment (UNCAT)

The UNCAT makes it clear that torture is unjustified under any circumstances. In terms of this convention, torture is ‘any act by which severe pain, or suffering, whether physical or mental is intentionally inflicted on a person… by or at the instigation of or with the consent or acquiescence of a public official or other person acting in an official capacity.’ In addition to considering prisons, police custody and allegations of war crimes; UNCAT also looks into how society’s vulnerable groups who are at risk of ill-treatment are treated.

Zimbabwe has not ratified the UNCAT, and at present, there is no specific law that criminalises torture in Zimbabwe. Reprieve is thus found in various clauses of the Constitution of Zimbabwe. The Zimbabwe Human Rights NGO Forum (the Forum) has been litigating for victims of organised violence and torture since 1998 to bring perpetrators of violations to book. On 18 June 2019, the Forum launched its anti- impunity report, highlighting the detrimental effects impunity has on society as a whole. It further posited recommendations to the Government of Zimbabwe on dealing with impunity to promote justice and accountability.

Despite litigation efforts and awards being granted in favour of victims, impunity remains a problem through the total disregard of payment of damages by the State. With the limitations posed by the State Liabilities Act, victims cannot execute against State property and are left in a vulnerable state. Below is a schedule of outstanding judgment debts which the State is yet to honour.

The right to redress

After ill-treatment, torture or any human rights violations, victims should be redressed. It is a fundamental principle that ensures that there is accountability and effectively works towards the fight against impunity. Victims should be placed in a position where they can rebuild their lives at all costs.

Report violations by the Security Services

The Forum encourages citizens to report violations by the security services on our anti-impunity platforms to bring about accountability and fight impunity.