Soldiers and police deployed in large numbers in Zimbabwe's second city Bulawayo on Monday to enforce a ban on an anti-government demonstration. 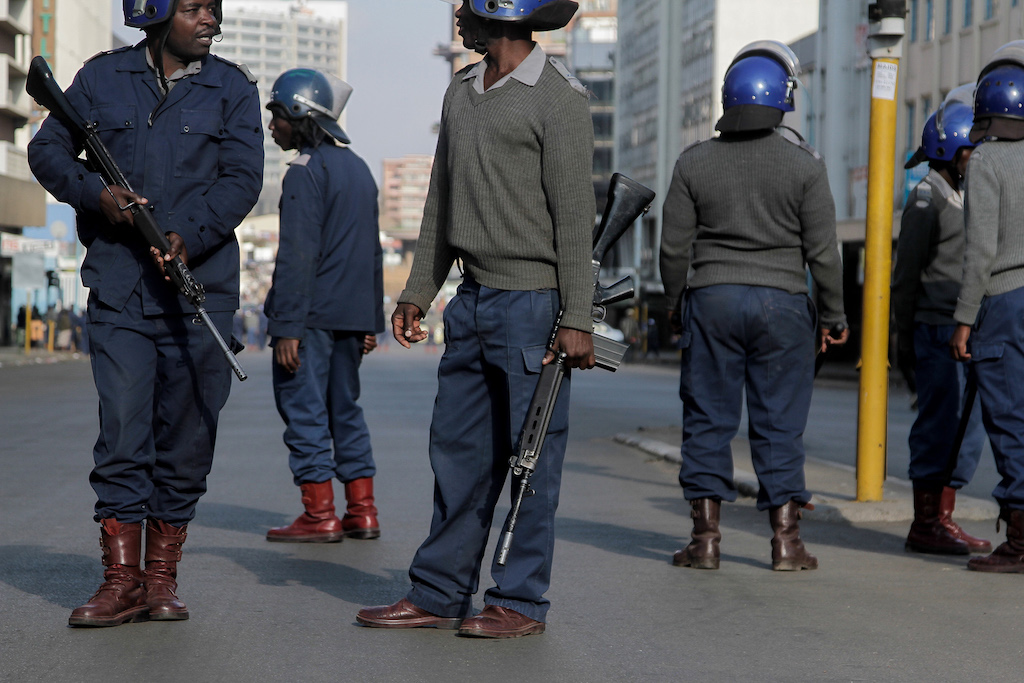 File: On Monday, authorities sent soldiers in trucks into the centre of the city, bolstering police who patrolled on foot and lorries.

BULAWAYO, Zimbabwe – Soldiers and police deployed in large numbers in Zimbabwe’s second city Bulawayo on Monday to enforce a ban on an anti-government demonstration, as the country’s main opposition party sought to overturn that decision in court.

The street protest was the second called in four days by the Movement for Democratic Change’s (MDC), which accuses President Emmerson Mnangagwa’s government of repression and economic mismanagement.

Authorities had also banned Friday’s gathering in Harare, intended as the launch event of a nationwide protest movement. The MDC called it off, saying it aimed to avert bloodshed after police there rounded up its followers and dispersed them with batons and water cannon.

In a similar show of force in Bulawayo, an MDC heartland, authorities prohibited the march on Sunday and on Monday sent soldiers in trucks into the centre of the city and nearby townships, bolstering police who patrolled on foot and lorries, witnesses said.

Businesses remained open and residents circulated as normal in the city, however.

David Coltart, an MDC senator from Bulawayo and lawyer, called the ban “clearly unconstitutional and unjust”, and told Reuters the party had lodged a court appeal that city magistrates would hear on Monday morning.