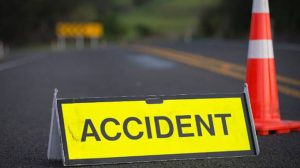 The United Nations Economic Commission for Africa (ECA) is working with Zimbabwe to see how they can significantly reduce road casualties in the southern African nation so it can serve as an example for the rest of the region.

A team from the UN is in the country to review and assess the country’s performance on road safety.

In remarks during the launch of the Road Safety Performance Review for Zimbabwe, which was accompanied by a two-day workshop to review the road safety situation in the country, Soteri Gatera of the Industrialization and Infrastructure Section of the ECA said accelerating road safety action was crucial not only for Zimbabwe but Africa as a whole.

“We have to work to avoid a case of unintended consequences whereby the story of Zimbabwe’s economic growth – with accompanying infrastructure development and increased car ownership – is eroded by increased road accidents and deaths. Even a single death on the road is simply unacceptable.”

According to the Traffic Safety Council of Zimbabwe (TSCZ), over US$ 460 million is spent annually on road traffic accidents, with an average of 40,000 accidents being recorded annually.

At least 15,000 people are injured and almost 2,000 killed every year in road traffic accidents, says the TSCZ.

In 2018, the country recorded a total of 1,517 fatal road traffic accidents compared to 1,325 in 2016 of which 90 percent were attributed to human error, including speeding, misjudgement, drinking and driving and recklessness.

“Although there is a strong foundation in place, Zimbabwe urgently needs to scale-up efforts. We need to move towards action and implementation,” said Mr. Soteri.

The global Decade of Action for Road Safety and sustainable development goal target to halve the number of fatalities by 2020 is an ambitious goal, he said.

“However, after conducting the road safety performance reviews in some few African countries, we are convinced that Zimbabwe can make the biggest strides towards that goal. Fortunately, we know the solutions,” added Mr. Soteri.

He said a whole UN team, through the UN Special Envoy for Road Safety, was in Zimbabwe to join hands with Zimbabwe to;

• To update the regulatory framework to include international and regional recommendations through the accession to the UN Road Safety Conventions. This includes acceding to the African Road Safety Charter and African Trans-Highway Agreement.

• Strengthen the National Road Safety Council so that it is able to perform the functions it should as a Lead Road Safety Agency.

• Roll out the national curriculum for drivers training and strengthen the drivers testing regime. Enforcement and education in schools are also key to improving driver and road user behaviours.

• Roll out the National Road Safety Audit Manual to ensure that roads are built for the benefit of all road users.

• Establish the Emergency Medical Service Policy in line with internationally recommended guidelines, such as by ones developed by the WHO to give road crash victims the best chance of survival.

“We know that solid data will help us identify risks, address them and monitor our progress.  The crash database will help achieve coordinated data collection and management, which is a critical issue across the continent,” said Mr. Soteri as he applauded Harare for its commitment to road safety.

TSCZ Director Obio Chinyere said the review was important in helping the country to reduce the road carnage.

“The envoy will look at the five pillars which the road safety is anchored on and they will give recommendations on their findings, and it will be up to us to decide on the course of action concerning their recommendations,” he said.

Mr. Soteri said road crashes have economic implications estimated to be an equivalent of up to 5 percent of GDP in low-and middle-income countries.

“This suggests that a significant share of investment in roads is lost through road crashes,” he said, adding there is evidence that the road safety situation in some African countries may be getting worse, not improving, contrary to the objective of the African Road Safety Action Plan 2011-2020, which is to half the number of deaths on the continents roads by 2020.