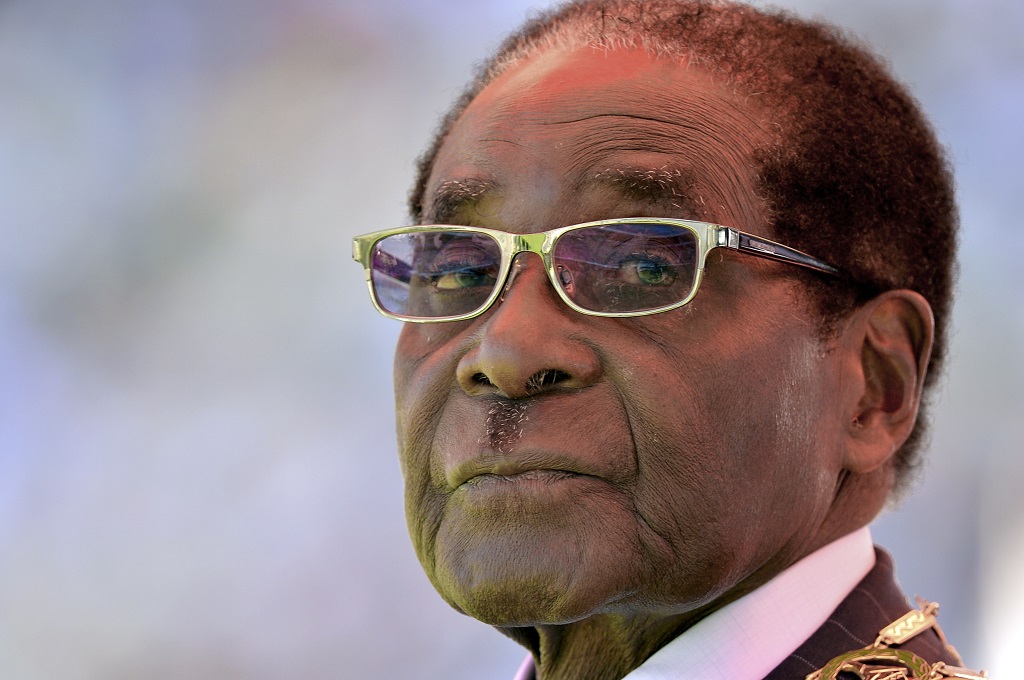 File: Then Zimbabwean President Robert Mugabe looks on during his inauguration and swearing-in ceremony at the 60,000-seater sports stadium in Harare.

He died aged 95 in Singapore on September 6, nearly two years after he was ousted by the military in 2017.

On Thursday, the government announced he would be buried in his home village — the latest in a long-running saga over his final resting place.

After Mugabe came to power in 1980, life expectancy in Zimbabwe rose slightly to 60.8 years in 1986, according to the World Bank.

The major causes: AIDS, the collapse of healthcare and falling standards of living as the country’s economy crumbled.

Life expectancy has now risen to 61.4 years according to WHO, largely due to international aid funding.

With a massive, foreign-funded treatment programme, it fell to 13.3-percent in 2017.

Last year Zimbabwe still had one of the highest HIV prevalences in sub-Saharan Africa, with 1.3 million people living with HIV.

But nearly every pregnant woman now has access to anti retroviral medicines, according to avert.org

Zimbabwe has consistently been ranked as one of the most corrupt countries in the world, rated at 160th out of 180 last year.

It also highlighted “the deeply entrenched system of political patronage, the tight grip of the ruling party over the security forces, and the history of political violence, repression and manipulation.”

Reporters Without Borders said that the government controls the two main newspapers, and all radio and television. Journalists must be accredited and foreign correspondents have been arrested and deported.

Figures are hard to pin down, but the International Organization for Migration (IOM) has said about three million Zimbabweans are believed to live abroad.

Many of them fled due the economic crisis, heading to South Africa, Botswana, the Middle East, the United States, Britain and Australia.

“Zimbabwe was left incapacitated in terms of service delivery.”