I am sitting in a hotel at the Victoria Falls. My hotel room has a view over a pan that is fed by pumping water – I assume from the nearby Zambezi River. 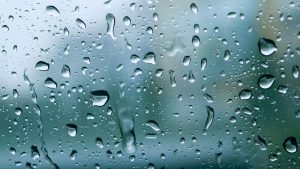 The bushveld that surrounds us is bone dry after nearly 7 months of absolutely no rain, to the casual visitor it looks like a moonscape with dry sticks coming out of the hard, rocky ground. Only a thin strip of riverine forest is green. Everything you see is hot and thirsty.

This year has been unusually dry, the Falls is a stark black basalt wall for most of its 1,7 kilometre width – the only section which has any water going over the falls and plunging into the river below, is on the end where it has begun the long process of cutting a new trench. To the west, the huge Okavango swamp is dry, the river that supplies this, one of the largest wetlands in the world, is virtually dry. The Botswana Government is drilling boreholes in the swamps to try and keep the wild life and livestock alive.

The Falls is full of real tourists – you know the kind that has some money to spend. I watched them at dinner last night and wondered just what did they think of this dry and parched land. I recall attending a cattle sale in October one year in the deep south of the country. 2000 head were yarded and there was not a blade of grass in any direction for two hundred kilometres. A few days later I was on a business trip to Europe and stood knee deep in green grass and clover in a Swiss mountain valley. What would those tall rangy cattle do with this I wondered? Would they even know it was edible?

My Granddaughter has just gone to the UK to start a career in hotel management and they began her visit with some time in Ireland where we have family and roots (my great grandfather and my daughter in laws relatives). She commented how green everything was compared to home. Here the colours are stark but always beautiful and last evening, we watched the sun go down in a blaze of red and orange with a beautiful half-moon hung over us in the sky. As I walked back to my room an Elephant trumpeted in the bush below me.

During the Liberation war that brought us to Independence in 1980, it always gave me a sense of continuity and hope when I watched the farmers ploughing their land in preparation for what was coming. It was an act of faith, not just in the weather, but in the future. People who plough their land and plant trees do so knowing very well that they are at the mercy of what is to come, but they do it anyway. Our cattle and wild animals also know that although life is tough and all they will get today is a stomach full of dry leaves and maybe some small green shoots or flowers from a Knob thorn bush or tree. They know better times are coming. I am told that Elephants, who must drink every day and find tonnes of food to survive, can sense what is happening with the weather. Those great old females who are the matriarch’s, lead the way and the very survival of the family or herd depends on their skills and instincts.

Because of satellite technology, we know that the Inter Tropical Conversion Zone has formed over the vast forests of the Congo River basin. This year it seems well developed compared to last and is slowly coming south. In South Africa, the normal cold fronts are sweeping in from the Atlantic and bringing early rains to the Highveld. Yesterday it was 1 degree Celsius in Bloemfontein and we were probably at about 30 degrees Celsius. Last week it was freezing for a few days.

It is all so finely balanced and governed by the global system. India has had a very heavy monsoon and historically that should mean we will get heavy rains here – from the ITCZ. But with global warming these patterns are changing and we all have to make adjustments. The long range forecast for southern Africa is that the south is going to get drier and the north, more rainfall than in the past, with greater variations and extremes.

But as Africans we know what is coming and who can forget the first real rain of the season as it sweeps across the dry and barren veld. That unforgettable smell of wet earth. The sight of dry river beds filling up with water from a storm in its catchment. I can remember one occasion – again in October, when I was returning with a colleague from the Zambezi Valley and we were crossing a wide sand river. We got stuck in the sand despite our 4-wheel drive and were digging ourselves out in 40-degree heat, when I heard a soft rustling sound. I spoke to my companions and asked – what is that sound. They stopped digging and listened and the older man said one word “water”. We collected what we could carry and ran, by the time we got to the river bank we were wading in water and in 30 minutes we could no longer see our Land Rover.

What the tourists visiting us here do not appreciate, it that once the rains come, the countryside responds with astonishing vigour and growth. Boosted by the warm weather and the wet earth, the natural fertility of the ground kicks in and where you can now see through the bush for several hundred meters it will become bush so thick you cannot see your hand when it is stretched out in front of you.

At this point Zimbabwe is in a dry season. Our currency has again crashed, we are making new records for inflation and living standards for the great majority of our people is at a new low. Many must subsist on 10 per cent of what they earned in real terms a year ago. Austerity seems all that we face and when we think about the future, the only thing we think about is how to survive, survive until what? The future looks bleak and dry, little to eat and only heat and thirst.

But it is not our first long dry winter, there have been many such periods when I could not see any future and all we had was faith that things would change. No one who lives in this crazy world can do so without faith in the future. Life is tough – that is the norm, it’s how we manage the tough times that sets us apart and helps us survive. Many don’t and the veld is littered with their dry white bones.

I commented to a group of friends how things had come off the rails in the past 4 months and one of them responded by saying – look at what we have achieved in the past few months! He then listed the changes we had been responsible for and which have started to bear fruit. I can recall a time during the Liberation War when I thought we were going to fall down in a heap and collapse and I went to my Chairman and asked him what I should do. His advice to me was disappointing, but I have never forgotten it – he said “Eddie, come to work tomorrow morning and do your job to the best of your ability”.

I had hoped he would propose some grand plan of action – but I took his advice, at the time I was a new graduate and a junior in the Office, I worked my butt off and became Chief Economist and then a CEO in the Group. Perhaps the most rewarding time in my life was leading my management team through the drought of deep winter in my counties life. We survived and in the process had a fantastic time. We have to do it again.