Artificial intelligence is the next big thing in technology, there is no arguing that. In recent years, AI has become as much a buzzword as a perceived threat to job security. 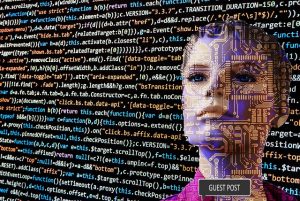 Make no mistake, the “AI” available on devices like smartphones, smart homes, smart appliances and such is not true AI – it’s just a clever interface designed to understand certain voice commands and act accordingly. There are still some huge barriers that have to be overtaken until true AI is developed. Researchers around the world, from laboratories in major Western universities to Google’s AI research centre in Accra, opened this summer, are working on it as we speak, expecting to reach breakthroughs in the coming years.

One of the things the media often links to AI is job loss. If you search Google for “job loss from AI”, you’ll see a variety of reports stating that artificial intelligence will kill millions of jobs in countries ranging from the United Kingdom and the United States to Russia and Hong Kong. Others liken the emergence of AI and robotics to the Industrial Revolution that introduced machines to manufacturing, saying that, although it will indeed lead to job loss in areas like manufacturing and retail, the emergence of AI will create new jobs as well. And one expert even goes as far as stating that AI will create more jobs than it destroys – a godsend for many advanced economies.

Kay Firth-Butterfield, head of Artificial Intelligence and Machine Learning at the World Economic Forum (WEF), believes that artificial intelligence will create more jobs than it destroys – but re-skilling workforce will be vital for the transition.

She pointed out that around 29% of all current workplace tasks are performed by machines – and by 2025, this percentage will grow beyond 50%. This transformation will definitely affect the global labour force. The WEF expects AI and automation to displace about 75 million jobs on a global scale but at the same time, its specialists predict that almost twice as many – 133 million – new jobs will be created at the same time. Of course, this comes at a cost: based on a survey of companies across 12 industries and 20 economies, the WEF predicts that more than half of all the employees will need “significant re- and up-skilling” to harness the opportunities offered by what she calls “the Fourth Industrial Revolution”.

Change is always scary – and it’s especially so when it comes to AI, one of the favourite boogiemen of pop culture in our modern times. There are, in turn, enough specialists that say there’s nothing to worry about in the long run.