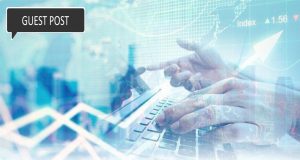 MD: Success in exchange relies on a trader’s knowledge of the market. The value of a currency changes due to the macroeconomic situation, political turmoil, etc.

Knowledge is absolutely crucial for success in the foreign exchange market. The values of national currencies are affected by circumstances related to both economics and politics. Today, Forex has spread all over the world, with trillion-dollar volumes of daily trades. To gain maximum profit, any player needs to consider the phenomena that could sway currency rates. Here are the main points.

Educate Yourself on Macro Factors

This includes the primary drivers of the market in question, which define the monetary worth of currencies, and thus decisions made by speculators at any given moment. How much the US dollar or Nigerian Naira is worth largely depends on the health of the national economy.

This aspect, in turn, is determined by several changeable indicators, which underlies the 24/7 nature of the global Forex market. Any player engaged in Nigeria Forex trading must be aware of basic economic correlations and causations in the world of finance. A reputable broker will usually offer basic guidance to rookies, but there is a lot more to learn. Here is a brief look at the main contributors to the changes.

These are probably the clearest signals of national economic health. Sales of stocks and bonds are salient thanks to the broad media coverage. We are supplied with an incessant flow of updates concerning deals between corporations, institutions, and government entities. Whenever there is a large-scale movement of any securities that originate in a particular country, this is a sign that forecasts for its future have changed.

In many national economies, a few industries and segments are responsible for most of the changes. For instance, in Canada, this is true for commodity trade. How the prices on metals, crude oil, and other commodities move is determined by how much every Canadian dollar costs. This shows the similarity between those who trade commodities and currencies: their activity is affected by financial data.

Another essential point is the influence of the bond market. Currencies depend on interest rates, just like securities with fixed income, such as bonds. Therefore, see-sawing in treasury prices affects the currencies, and any yield changes bring the changes in their values. Hence, knowledge of the way these securities (particularly those issued by governments) work is essential for a trader.

Recognize the Implications of Cross-Country Trade

Usually, the more powerful the demand for goods and services from a certain country is, the more its money is worth. For instance, when ordering products from Australia, foreign parties need to sell their national currencies for AUD, thereby causing appreciation. The opposite situation correlates with depreciation.

Therefore, global trade levels, which reflect the mentioned demand, serve as an important indicator in Forex trading. Other telling signs are trade deficits or surpluses. These reflect the level of a country’s competitiveness. A sizeable deficit, typical for importing nations, points to increased sales of national currency to pay for imported goods. This means the money is likely to become cheaper.

Any national currency may start swinging due to political tensions. Politics determine pecuniary prospects, which in turn affects the value ascribed to local money.

This explains why you need to keep track of political news to foresee future measures. For example, government spending may get a boost, while restrictions imposed on a part of the industry become more rigorous.

Consider elections as an example of this cause-and-effect chain. Generally, exchange rates are favorably affected by governments focused on spurring economic growth. In the wake of Brexit, GBP nosedived to its lowest in thirty years.

The power of a government over the respective currency comes from the way it manages money. Traders monitor decisions taken by central banks, as these determine interest rates, which sway the respective money systems.

An experienced player recognizes the significance of such information. To stay up-to-date, it is useful to keep a report calendar.

Obviously, the first thing is national GDP, as it refers to the basis of economic efficiency. It assesses the overall production of goods and services in a particular economy. It must be noted, nevertheless, that its nature is somewhat retrospective – as a so-called lagging indicator, it only demonstrates tendencies and phenomena that have been observed.

The second most telling sign is inflation. It informs participants of rising prices and deteriorating of purchasing power as a direct consequence. Inflation may cause currencies to either depreciate or appreciate, and it is vital to comprehend the intricacies of such cause-and-effect chains.

Finally, you will gain insights from the analysis of figures related to jobs, sales of retailers, and production. These point to the present and projected viability of a national economy.