Harare (CNN)Senior doctors in Zimbabwe's public hospitals have downed tools in protest against deteriorating working conditions and the firing of over 435 junior medical officers by the government following a three months-long impasse over poor salaries, the doctor's association said. 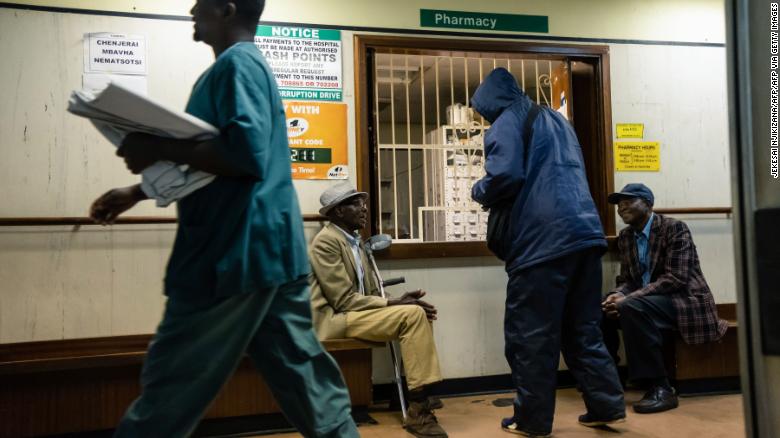 The strike could worsen the delivery of health services in Zimbabwe’s public hospitals.

The Senior Hospital Doctors Association (SHDA), a group of doctors, including specialists who had remained on duty at the country’s hospitals, while junior doctors began a boycott in September for higher pay, announced the strike in a move that is set to worsen the country’s already dire health situation.

The senior doctors described the situation at the country’s hospitals as a silent genocide, saying doctors are forced to work without basics such as bandages, gloves, and syringes.

“We have watched the past few months as the situation in our hospitals continues to deteriorate.

“In March this year, the situation in hospitals deteriorated to the point where there were no bandages, gloves, and syringes available forcing senior doctors to highlight the dire situation publicly. It is important to find out why this has taken so long to be resolved as a silent genocide continues to be perpetrated upon the people of Zimbabwe,” the statement said.

The doctor’s association said its members could no longer cope with such conditions and demanded the reinstatement of those that were dismissed over the strike.

He led a popular uprising against Mugabe. Now he says life is more brutal than ever for Zimbabweans

The government has responded to Tuesday’s announcement from the senior doctors by issuing notices for disciplinary hearings against them and advertising their jobs.

“The Ministry of Health and Child Care will publish before the end of this week, an advert in the press for all posts that have become vacant as a result of these disciplinary cases,” Minister of Information Monica Mutsvangwa told Zimbabwe’s cabinet on Tuesday.

“The authorities are so vindictive that they went to the theatre to hand a letter to a doctor who was finishing up an emergency operation.

“For the record, senior doctors will not be re-applying to come back to work. We do not accept that one can be dismissed for being incapacitated to come to work in an unsafe environment with nothing to use. We reiterate we are not on strike,” the doctor’s group said in a statement.

“We are incapacitated like all other doctors, both financially and in terms of tools of the trade. Thus we are unable to continue subsidizing the employer and reporting for duty,” Shingai Nyaguse, SHDA president told CNN.

Since September, Zimbabwean junior doctors have been engaged in a battle with the government over conditions of service and poor pay, which they say has been eroded by hyperinflation in the country.