Chimoio Mozambique) (AIM) – Armed men, believed to be from the self-styled Renamo Military Junta, murdered ten people and set three vehicles on fire on Tuesday in an ambush in the central Mozambican province of Sofala. 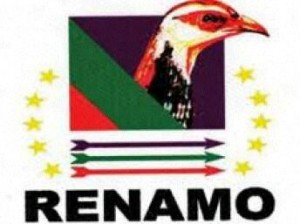 The attack occurred on the main north-south highway (EN1) in the Mutindiri region in Chibabava district. The vehicles attacked were a bus and two trucks. In addition to the ten dead, nine people were injured.

One of the surviving passengers on the bus, Mariana Pequenino, told AIM that the bus set off from Chimoio, capital of Manica province at about 05.00 and was heading for Maputo.

She said the attackers raked vehicles with gunfire, until they stopped all traffic along the road. “They took some passengers out of the vehicles, and demanded money and goods from them”, Pequenino added. “Then they set the bus on fire, with some passengers still inside. Two trucks were also set on fire. Some people tried to escape and nine of them were shot”.

The driver of the bus, who also owns it, said the attackers opened fire right in front of him. “I heard some bullets hitting my bus. I stopped in the bush and people began to leave the bus and flee. When the attackers reached the vehicles, they set it on fire and some people were still inside. Some of the injured were treated in the Muxungue Rural Hospital”.

The attackers also tried to recruit survivors into their ranks. One young man, told the independent television station STV, that he was grabbed by some of the assailants who told him “we have work for you”.  He said he managed to break free and escape “thanks to the force of God”.

Pressganging survivors of its attacks was one of the main ways that Renamo recruited its armed force during its earlier war in the late 1970s and the 1980s.

This is the latest and bloodiest in a string of attacks against vehicles on EN1 and on the Beira-Zimbabwe highway since October.

The head of the public relations department in the Manica provincial police command, Mario Arnaca, confirmed the attack. The area where the ambush occurred is on the border between Sofala and Manica provinces.

“Yes, it happened”, he told AIM. “A group of armed men immobilised several vehicles, and ordered the occupants out, demanded their money and property. Then they set the bus on fire.  Some people made a run for it, and were injured”.

Arnaca said a unit of the defence and security forces has been sent to pursue and detain the attackers.  “We have a police unit nine kilometres from the site of the attack. When we received the information, we began the pursuit. We will have more information later”.

The Renamo Military Junta is a breakaway from the main opposition party, Renamo, which has denounced Renamo leader Ossufo Momade as “a traitor” and does not recognise the peace agreement he signed with President Filipe Nyusi on 6 August.